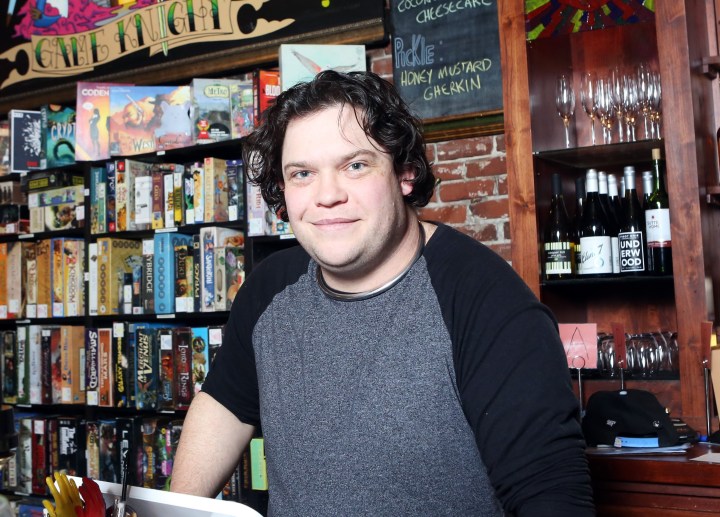 We talked to 10 people who roughly represent the 164 million-person U.S. labor force. Ten stories, one question: “Is the economy working for you?” Meet Neil.

The numbers on Neil:

Neil Cairns is a bartender/bar manager at Game Knight Lounge in Portland, Oregon. He bartends, orders beer and liquor to keep the place stocked, and advises patrons on the best board games to pair their cocktails with.

Previously, Neil was in the U.S. Navy. He enlisted during his senior year of high school and left for basic training shortly after graduating. After nine years, though, he wanted out. When he left the military, a friend suggested he try bartending.

Neil loves what he does and is able to pay his bills, but says he doesn’t have much left over for saving. He and his wife, a barista, live in a house with four roommates. Having a car would improve his life dramatically, but he can’t afford one right now.

When I first decided to go into tending bar, I had no idea how it worked. I had never worked in the service industry and didn’t even go to bars much. So I decided to look up bartending schools in my area. I ended up taking a two-week course at at a school in San Antonio, Texas.

As long as I have a good knife, I’m pretty well set. Basically any other tool can be worked around, but a knife is invaluable.

Bartenders have to constantly walk a narrow path between helping people have a good time and making sure things don’t go too far. We can be liable for the actions our customers take after we’ve served them.

In high school I worked on some local ranches, but they weren’t really jobs. My first real job was in the Navy, which I joined straight out of high school.

Click the media players below to hear how Neil’s story evolved: