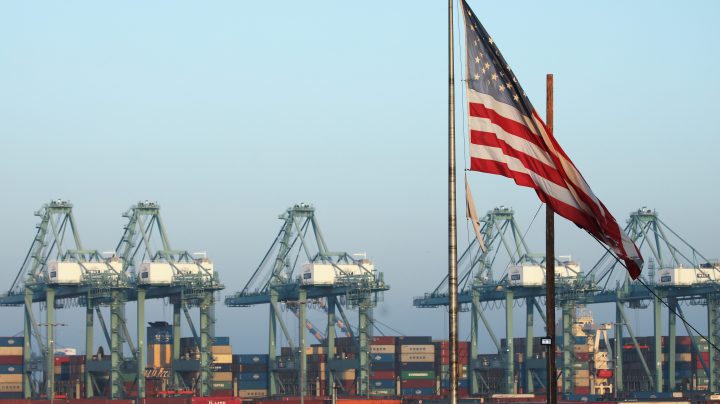 Volume at the Port of Los Angeles was down 25% in February compared with last year, largely because of the new coronavirus. Also known as America’s Port, the Port of Los Angeles handles more of the world’s cargo than any other port in the Western Hemisphere. “Marketplace” host Kai Ryssdal spoke with the port’s executive director Gene Seroka about the slowdown.

Seroka said he expects business to be down 15% for the first quarter of this year, because of both trade policy and COVID-19.

“We’ve had 41 vessel cancellations from the middle of February through April 1,” Seroka said. “That would amount to about 25% of our normal ship calls. Today in port we have four vessels, when we normally would have 10 to 12.”

The decreased volume is having an impact on workers. Seroka said his dock workers are not out in full force, and that people who are still working have much less to do than usual.