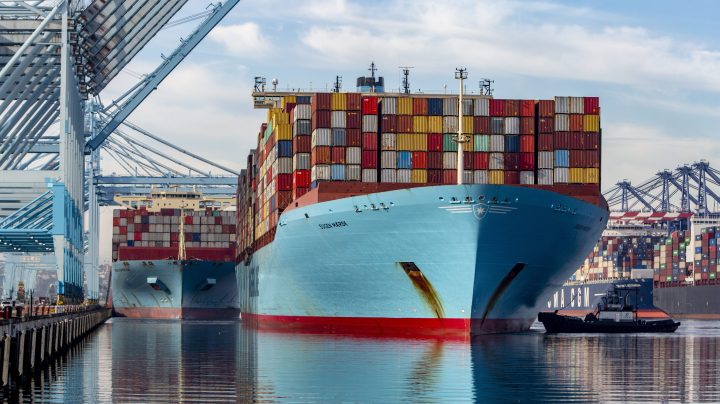 No matter where you live in the United States, chances are, at least some of the stuff you’re seeing on store shelves today passed through the Port of Los Angeles, a place with a registered trademark on the name, “America’s Port.” Roughly 90% of the world’s cargo is transported on water and this port handles more of it than any other port in the Western hemisphere. That gives the people there unique insight into where international trade is headed.

“We see ourselves as a leading economic indicator,” said Gene Seroka, executive director of the Port of Los Angeles back in September. “And from our vantage point today, the fourth quarter of this year is going to show that we’re going to fall off a cliff because of what these tariffs have done to us.”

Now, with tariffs taking a toll on both exports and imports, Seroka’s prediction seems to be coming true.

On the import side, the Port of Los Angeles has seen “choppiness” caused by companies bringing goods in earlier than usual in an attempt to get ahead of expected tariff increases. Last year, as the Trump administration threatened higher and higher tariffs, companies filled California’s warehouses with record levels of imports.

This year though, with a lot of inventory and uncertainty remaining, imports are down. October imports declined 19.1% from the previous year.

These changes in cargo volumes could have a profound impact on both the Port of Los Angeles and economic activity nationwide. “The cargo and passengers that traverse this complex reach each and every one of our 435 congressional districts in the nation,” Seroka said. A study commissioned by the Port of Los Angeles released recently found that tariffs threaten $186 billion of U.S. economic activity and nearly 1.5 million U.S. jobs.