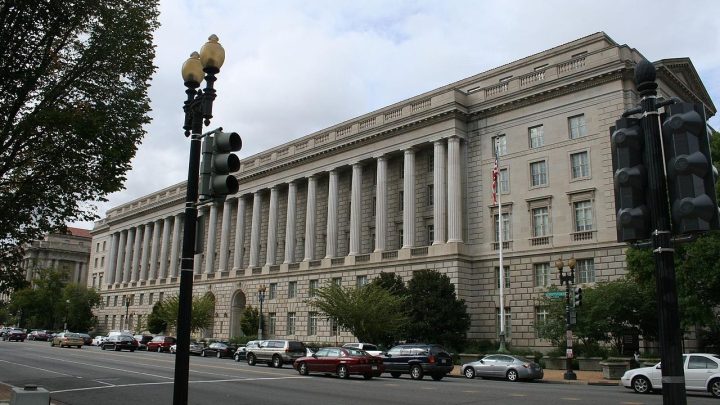 The IRS headquarters is a classic Washington, D.C. building: some limestone eagles, lots of Greek columns and marble hallways. But behind all the grandeur, the IRS is depleted.

Over the last decade, Congress has sliced the agency’s budget; its workforce has shrunk more than 20%.

“It is a pretty bleak picture, as far as staffing for the IRS as a whole,” said Bridget Roberts, acting national taxpayer advocate. Roberts says the staffing shortage is making it hard for the agency to comply with last year’s Taxpayer First Act, which requires the IRS to look at best practices in the private sector to come up with a new customer service strategy by July.

It’s easy to see why the agency needs a new strategy. Last year, almost 100 million taxpayers called the IRS. “[But] only 29% of them were actually able to speak to a customer service representative, partially because we just do not have the staff to answer all of those calls that come into us,” Roberts said.

Then there are the IRS’s computers. It can take weeks for the agency’s antiquated computer systems to register payments from taxpayers, according to the latest report from the Taxpayer Advocate’s office.

The code behind some of the IRS’s databases is from the 1960s. In fact, the IRS has oldest computer system in the entire federal government, according to the Government Accountability Office.

“At some point, the technology is not going to work,” said Mark Mazur, director of the Urban-Brookings Tax Policy Center. “And we don’t know when that will occur, but that would be a very bad situation.”

That’s already happening. The IRS had to extend the tax filing deadline in 2018 because of a system crash. Last year’s Taxpayer First Act requires the IRS to come up with a new plan to update its computers, which is estimated to cost more than $2 billion.

To make matters worse, the IRS is also short on auditors, especially experienced ones who know their way around big companies.

“These are very, very large complex companies with very large tax departments, outside counsel, and the IRS just does not have the resources to go up against these companies,” said Chuck Marr, the senior director of federal tax policy at the Center on Budget and Policy Priorities.

Individual taxpayers are about half as likely to get audited as they were 10 years ago, according to the Center. Audit rates for millionaires are down more than 60%.