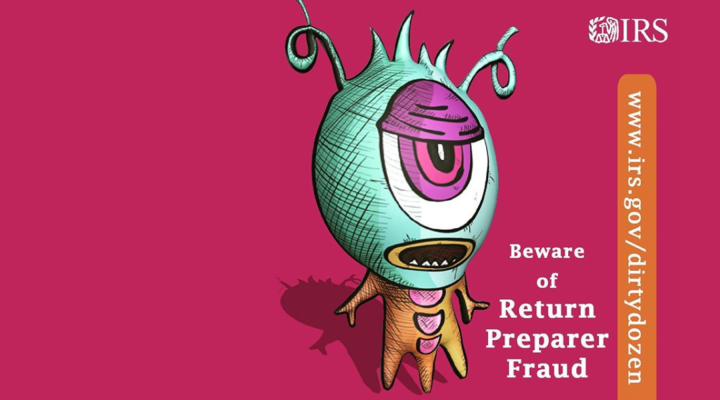 For the average American taxpayer, the Internal Revenue Service is not associated with fun. Particularly during tax season, the government agency is synonymous with deadlines, paperwork and bills. But the IRS is trying something new to help it change that: Instagram.

“We are a really easy agency to stereotype,” said Terry Lemons, the IRS chief of communications and liaison. “But one of the things we’ve tried doing with social media is personalize it.” Lemons has led the agency’s social media outreach for the last decade. While IRS Facebook, Twitter and YouTube channels officially turn 10 this year, the agency had stayed off of Instagram.

“We’d been watching the Instagram platform for a while,” Lemons said. “It was really intriguing for us, because it was more of a visual platform. It wasn’t something that we really had focused on.”

The IRS launched its Instagram account in November 2018, entering the popular photo- and video-sharing social network with a GIF of three flamingos on a pink background. The message? That tax season was fast approaching.

Lemons said this type of messaging was a newer strategy for the agency.

“We’ve never used flamingos to talk about taxes before,” he said. “We’ve never done some of these creative approaches. We are kind of playing off the stereotype about the tax agency by doing some visuals that have a lot of color and creativity to them.”

The flamingos were just a starting point. Since then, the posts have gotten more elaborate, with a GIF of a piggy bank on the beach to illustrate planning for retirement, a graphic of a woman kissing a frog to talk about finding the right tax professional and, more recently, 12 posts of illustrations of monsters to represent the “Dirty Dozen,” a list of the most common tax scams that taxpayers encounter. All can be viewed under the hashtag #irsdirtydozen.

Sara Eguren, the IRS’s social media chief, is charged, with her team, with coming up with the content for the IRS social media channels. When it came to the Dirty Dozen campaign, she said they wanted to make the content approachable, but also educate taxpayers on the seriousness of the tax scams.

It’s challenging, Lemons said, to take complex tax issues and convey them in approachable ways. “We’ve had to really take a look to figure out what the best way is to get some of this information out,” he said.

An example of this is when Congress passed the Tax Cuts and Jobs Act, the biggest overhaul of the federal tax code in 30 years. It changed the way tax is calculated, which meant changes to tax withholding. The IRS wanted to encourage taxpayers to check their paycheck, so the hashtag #paycheckcheckup debuted on all of the agency’s social channels.

#IRS offers free March 28 webinar: Understanding how to do a #PaycheckCheckup. Sign up today: https://t.co/0XS7m1RDqn pic.twitter.com/IwqKNbdG8m

The IRS is also using the Instagram Stories feature to try to recruit new talent, according to Eguren. All of the stories have been saved to a highlights section titled “IRS Jobs,” in an attempt to reach potential employees.

Lemons thinks use of a broad variety of channels is the best way to get the agency’s message out. “We’re a really unique agency,” he said. “There’s not another agency that touches every individual taxpayer in this country, so we’re trying to come up with some creative, cost-effective ways to reach people.”

What kind of posts can we expect next from the IRS? Time will tell. But with tax season ending on April 15, there’s sure to be much activity across the agency’s feeds in the coming weeks.