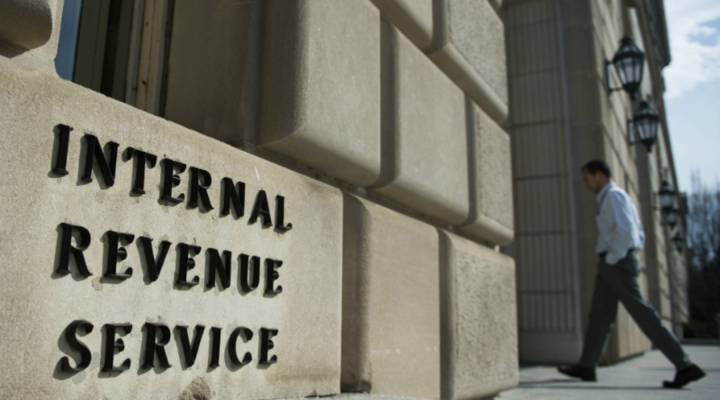 COPY
The IRS has been down 15,000 employees since 2010. ANDREW CABALLERO-REYNOLDS/AFP/Getty Images

The IRS has been down 15,000 employees since 2010. ANDREW CABALLERO-REYNOLDS/AFP/Getty Images
Listen Now

Looking for a new job? How about the Internal Revenue Service?

The IRS has announced it’ll hire 600 to 700 new employees, focusing primarily on enforcement — the first significant hiring in that area in five years.

“It doesn’t mean we’re growing, it just means we’re shrinking at a slower rate,” he said. “At some point, the agency just can’t continue to shrink without losing its effectiveness. It’s become an increasingly high priority for us.”

Due to budget cuts — $900 million since 2010 — the agency has generally been unable to replace employees who leave. Even with the new hires, it will likely end the year with 2,000 fewer employees than it had at the beginning of the year. Those shortages have a cost.

“We estimate that the government is losing $4 billion to $5 billion a year in collections we’re not making because we don’t have enough people,” Koskinen said.

New hires will initially be directed at the enforcement of small business and self-employed individuals, as those tend to be entry-level positions.

Given the complicated nature of taxes, there are no quick fixes to the IRS’s staffing problems, said Steve Rosenthal, a senior fellow at the Tax Policy Center.

“New employees are not going to able to hit the ground running,” enforcing tax rules or helping taxpayers, he said. “It takes a lot of training for them to get to that level.”

He said the new hires are a step in the right direction, but lots more are needed.