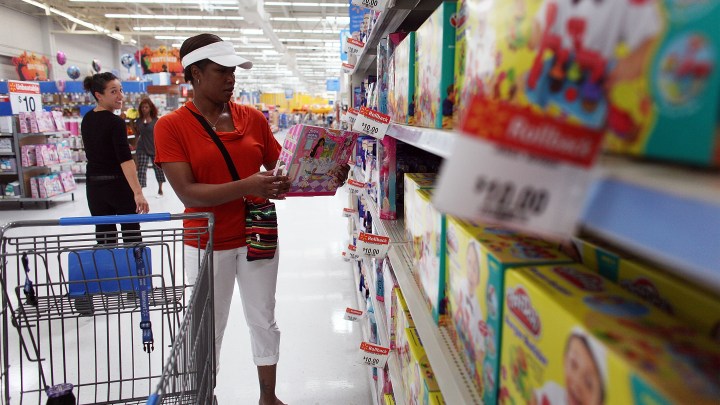 COPY
Toy sales were down this past season partly because there was no "must-have" toy. Joe Raedle/Getty Images

Toy sales were down this past season partly because there was no "must-have" toy. Joe Raedle/Getty Images
Listen Now

The gears of retail capitalism grind slowly, which is why we’re still getting updates on the holiday season. One thing we’re learning amid a slew of earnings reports coming out the past couple days is that parents just aren’t buying their kids as many toys as they used to.

And parents say they’re buying fewer toys or none at all. They’re tired of the clutter. They’d rather their kids have experiences. Or they’re worried about the environment.

Those are some reasons toy sales are down. There are others, too. Walmart’s CEO pointed out that there was no “must-have” toy this past holiday season.

“We haven’t had, in the last few years, actually, a hot toy that transcends all, that every boy and girl has to have,” said James Zahn, senior editor at the Toy Insider.

You know, the Hatchimal or Tickle-Me-Elmo. Steve Pasierb, CEO of the Toy Association, said retailers rely on that hot toy to drive overall sales.

“That gets people into stores, into the toy aisle, where they discover other things,” Pasierb said. “So in years where you don’t have that, it really does make a difference.”

Walmart’s CEO also said the most popular toys this year were cheap. That hurt the sales numbers, too.