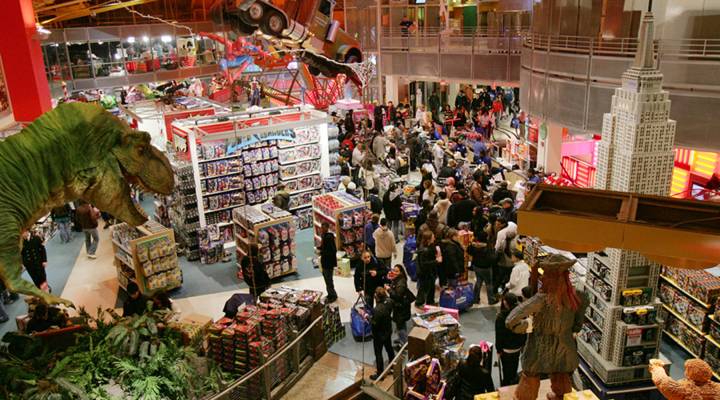 Shares in Hasbro have taken a hit since the toymaker announced yesterday that it had fallen short of analysts’ earnings targets for the third quarter of this year. The company blamed the strong dollar and the bankruptcy of retailer Toys R Us, which was responsible for 15-20 percent of all domestic toy sales.

Going into the holiday season, the good news for toy consumers is that Toys R Us closed early enough in the year for many other retailers to order more stock in time for the holidays.

“There has been an increase in ordering a lot more toys from a variety of different companies to be able to deliver those items in time,” said Ana Serafin Smith of the National Retail Federation. She said to expect more toys on the shelves of Walmart, J.C. Penney and Kohl’s. That’s in addition to the pop-up shops being launched by Party City  and the sales all these companies plan to make online.

For toy manufacturers, including Hasbro, the news since the retailers’ closing hasn’t been as positive.

“Maybe it was a little bit worse than they had thought,” said Susan Anderson, who follows Hasbro for the investment bank B. Riley FBR. She noted the toymaker is responding to the new retail landscape by opening a new distribution center in the Midwest to respond more nimbly to retailers and online purchases.

“The distribution channels are just a lot different,” Anderson said of the post-Toys R Us environment. “You have a lot more retailers carrying toys in smaller lots.”

Hasbro and its giant competitor Mattel are in good positions to weather the turbulence. They’re virtually guaranteed a place on the shelves of most retailers. However, smaller manufacturers who benefited from having their wares in huge Toys R Us locations will have to adapt.

“Because you can’t count on people walking through the aisles of a big toy store to see your stuff,” said Chris Byrne, a toy historian and independent industry analyst, “you have to be a little more aggressive in marketing and getting the word out about your product.”

These experts have one piece of advice for your holiday shopping: Try to start a little earlier if you’re trying to get this year’s hot toys.

“I say this every year, but especially this year,” Byrne said. “There’s a little bit more uncertainty about where things will be and where they will be in stock and will there be enough inventory.”