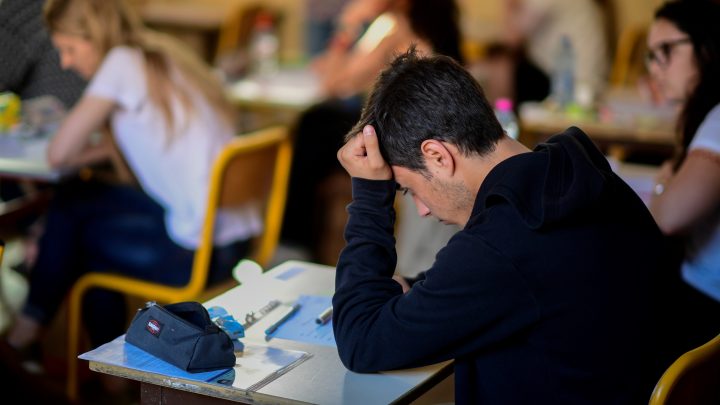 This interview is part of our “Econ Extra Credit” project, where we read an introductory economics textbook provided by the nonprofit Core-Econ together with our listeners.

A traditional introductory economics course might teach you that low unemployment drives up wages. And yet, even though unemployment in the United States is at a 50-year low, we’re not seeing historic wage growth to match. Many economists were surprised to find that the growth of average hourly earnings slowed in 2019, a time when it “should have” sped up.

It’s what University of Connecticut law professor James Kwak has been saying for years: those ubiquitous supply and demand curves aren’t as simple as Econ 101 lets on. Kwak has written about the issue for The Atlantic and in his book “Economism: Bad Economics and the Rise of Inequality.”

“The problem is not so much classical economics as an academic discipline, but I think the way first-year economics is taught, it focuses very heavily on the simple models, when in fact, the world is a lot more complicated,” Kwak told Marketplace’s David Brancaccio.

And if it’s the only economics class you take, Kwak thinks those simple models can be misleading. Take, for instance, the issue of raising the minimum wage, something a lot of 18-year-olds might walk into class supporting.

“When you learn about supply and demand curves, it gives you a very powerful picture that essentially argues that increasing the minimum wage will effectively just increase unemployment,” said Kwak, noting that economists remain split on whether this is true.

Part of the problem for Kwak is how compelling the economic models seem when they’re taught in Economics 101 under unrealistic assumptions, like pretending that people always act rationally or imagining two people trading on a deserted island. Professors can warn students about the limits of the models, but the models might be more memorable than the disclaimers.

“What I worry about is that after the final exam, or even worse, 20 or 30 years later when you’re a member of the House of Representatives, this is all you may remember about Economics 101,” Kwak said.

Since the Great Recession, there have been efforts among professors to improve introductory classes. There were several projects to write new introductory textbooks that ground economic models in real-world examples, one of which Marketplace is reading for our “Econ Extra Credit” project. Kwak said it’s an improvement.

“I think reading introductory economics is a great project. I think that it’s important to try to bring in context when possible,” he said.

“I think it’s important, and it’s more interesting to think about broader questions about how economic institutions work; about how technology increases living standards but also increases inequality,” Kwak said. “If you think about these kinds of questions at the same time that you’re learning the mathematical models, I think you’ll have a better experience and a better understanding.”