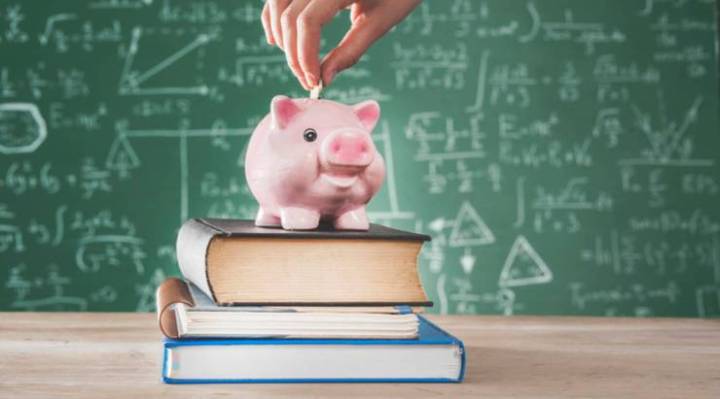 This interview is part of our “Econ Extra Credit” project, where we read an introductory economics textbook provided by the nonprofit Core-Econ together with our listeners.

When you think of taking an economics course, you may be reminded of the scene from “Ferris Bueller’s Day Off” where real-life presidential speechwriter, Ben Stein, drones on about the Smoot-Hawley Tariff of 1930 and the, then-current, debate over supply-side economics to a class of less-than-enthusiastic students.

But, economics doesn’t have to be boring, and it can even be useful to those of us who aren’t economists and don’t work in finance. So says Homa Zarghamee, an economics professor at Barnard College. She advises the nonprofit “Core-Econ” that has published an open-source economics book that, Zarghamee says, is much different from traditional books. It’s called “Economy, Society, and Public Policy,” and we’re hoping you’ll read it along with us.

What makes this textbook stand out, Zarghamee said, is not only that it’s free, but that it offers real-world applications that students find more useful than what they find in traditional textbooks.

“I don’t think the intro classes were very suited to take on a lot of the big economic questions of our day. They’re kind of stuck in a model from a few decades ago that really needed to be updated,” she said.

The publisher of the textbook, the Curriculum Open-Access Resources in Economics Project (CORE Project), sought to find what the actual economic questions of our day are. So, they crowdsourced.

“So what they did was to basically say, let’s poll students as to what they think the most important things that economists should be teaching students are,” said Zarghamee.

The organization took the responses from students from 25 universities and built word clouds to see what economic topics rose to the top.

Then something remarkable happened: students around the world didn’t focus on gross domestic product or deficit spending. They focused on immediate problems of human welfare.

“Inequality is the number one biggest issue. Next, after that comes the current climate change, the environment, automation, the future of work, etc.,” said Zarghamee. “None of these really get touched in intro textbooks, and if they do, it’s at the very end of the textbook in these chapters that maybe one in 100 professors might get to in a semester.”

“They did this same exercise with central bankers, with people in treasury, with investment bankers, with all sorts of different people. And you got exactly the same word clouds,” said Zarghamee. “So there’s a consensus in the world as to what economics should be talking about. Instead, intro textbooks were often stuck in very dry, kind of technical tools that didn’t speak to these.”

The book’s aim, Zarghamee said, is to use empirical data, not just theoretical models. But it’s still an economics textbook for people who are not necessarily looking to go into economics. So, how have the students responded?

And remember that Ferris Bueller scene? Zarghamee says the book doesn’t spend a ton of time focusing on those topics that many students find confusing and not very useful in their everyday lives.

“There was a downplaying compared to traditional textbooks of supply and demand models, which comes as a surprise to some. It’s not that it’s not there; supply and demand is is used throughout the book, but it’s not the main model of interest,” she said. “That actually reflects exactly what later economics courses look like. So they’re pleasantly surprised by the content of the book and I think the extent to which it showcases what one can do with economics and the applications for economic reasoning.”

In addition to inequality, climate change, and game theory, the book delves into work, well-being and markets, among other things.