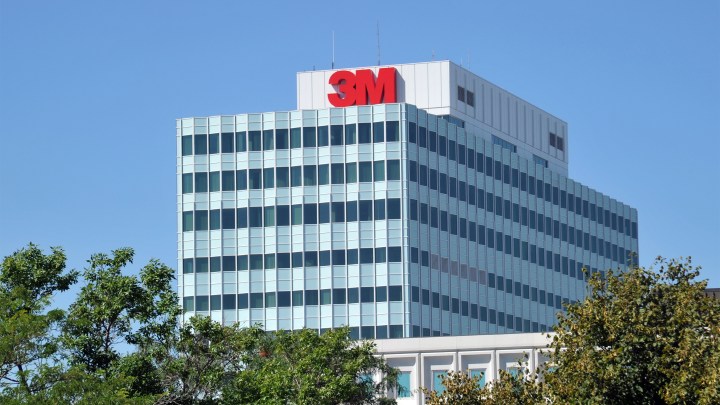 When you look at 3M’s earnings, you see all these economic factors at play.

Economic factor No. 1: The global manufacturing slowdown. The slowdown is happening in part because businesses are worried about the global economy so they’re holding off on buying parts and supplies.

“They’re not going to buy 10 widgets if they don’t think that the global economy is going to remain in robust territory,” said Lindsey Piegza, chief economist at Stifel. She added that 3M and other manufacturers that sell industrial parts and supplies to businesses are feeling the pain.

“Manufacturers need to make fewer goods to meet now that lower level of demand,” she said.

Economic factor No. 2: Boeing. In December, Boeing halted production on its 737 Max planes, after two crashes killed 346 people. That has a ripple effect on the companies that supply parts for airplanes, including 3M.

“There is an enormous network of companies that produce everything from the sign above the lavoratory to the seatback screen to electronics in the cockpit [to] cockpit seats,” said Jon Ostrower editor of aviation newsletter The Air Current.

And these companies don’t know when Boeing will start making the plane again.

“It makes it really hard to make investments, to plan your staffing, to essentially be ready to support this,” Ostrower said.

Economic factor No. 3: The coronavirus outbreak. 3M’s CEO said Tuesday that demand for its protective face masks has gone up. We’ll probably see evidence of that in the company’s next earnings report.