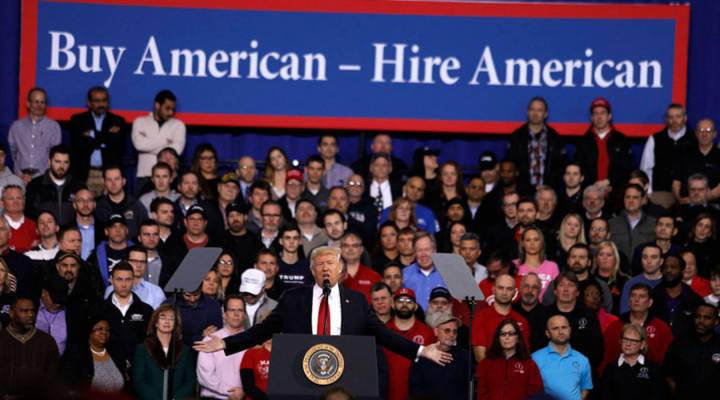 COPY
President Donald Trump speaks to autoworkers at the American Center for Mobility in 2017 in Ypsilanti, Michigan. Bill Pugliano/Getty Images

President Donald Trump has announced via Twitter that he’ll sign phase one of a trade deal with China on Jan. 15. The exact details are unclear, but this deal would signal a lessening of tensions between the two countries, which have been in a trade war since 2018.

An end may be in sight, but has it all been worth it for the U.S. economy? While the U.S. trade deficit has dropped, other sectors of the economy have been strained.

“The [Federal Reserve] came out with a study this month on the impact of tariffs on the manufacturing sector,” said Marketplace’s Justin Ho in an interview with host Kimberly Adams. “And it said, yeah, those have protected domestic industries, but those same industries saw big job losses, and rising input costs, and retaliatory tariffs,” Ho said.

“The Fed says those negative effects far outweigh any protection we get from tariffs,” he said.