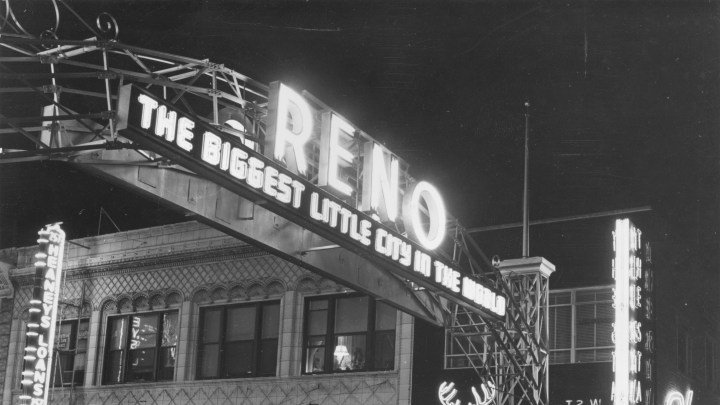 The Reno-Sparks region in Nevada has experienced something of an economic boom following the 2008 recession. The McKinsey Global Institute recently labeled Reno-Sparks as a “small powerhouse” economy.

So what was the secret to their comeback? “Marketplace Morning Report” host David Brancaccio put that question to Hillary Schieve, mayor of Reno, who spoke about her city’s recent efforts to diversify its economy,

Click on the player above to hear the full interview

David Brancaccio: Now, you have land. Compared to the San Francisco Bay Area, you’ve got low rent. You’ve got 320 days of sunshine a year. I’d like to say that Reno just got lucky, but give us a sense of the ways that you got the boom to come to you.

Hillary Schieve: Well, you have to remember, we were the highest in foreclosures and unemployment during the recession. So [I] kind of hate to say it, but really, there was only one other way to go, and that’s up. But I think we really looked at our city, really, sort of played upon the things that were already here, but were sort of not really being highlighted. And some of that was arts and culture. We have one of the biggest and best events called Burning Man, which brings in $70 million of economic impact. So I reached out to them. We did a lot of soul-searching with entrepreneurs, small businesses, those things that we really feel that make a difference in Reno and could diversify our culture. So it’s been pretty amazing. We really can provide a lot of qualities that, you know, other cities can’t. And also, it’s a great environment for companies to be able to grow and expand here.

Brancaccio: Let’s talk a little bit about that because it’s not just about like the Big Kahuna that they got about 15 miles west of you, the Tesla-Panasonic battery factory that’s going to open next year. There’s the big Apple facility. There’s that giant data facility, the biggest one in the world. But, I mean, you got 14,800 more jobs year over year in that region. I mean, that is dramatic. You must have done something about fostering an entrepreneurial — what would we call it — ecosystem?

Brancaccio: Surely there must be some local tensions, though, because although your rents are cheap compared to Northern California or Southern California, they’re going up because of the new businesses moving in — law of supply and demand — and some people are going to find the rising rents a hardship.

Schieve: Sure, I think you make a great point. You know, every city is struggling with affordable housing, and mental health issues and addiction issues. And those are all things that cities that are certainly on the rise have to deal with. Because, as you know, you know, housing doesn’t pop up overnight, and, you know, we’ve reached out to developers and said, “Hey, this is the time to build. Build now because we need housing now.” And remember, in the recession, many of those developers were wiped out. Many of them went bankrupt, and we hope with that initiative, where we put some of those fees, those development and building fees on the back end, that they don’t have to go and borrow as much money. So we’re constantly working on different ways that we can, you know, solve those issues that, you know, they’re very complex issues, and that’s just one little tool.