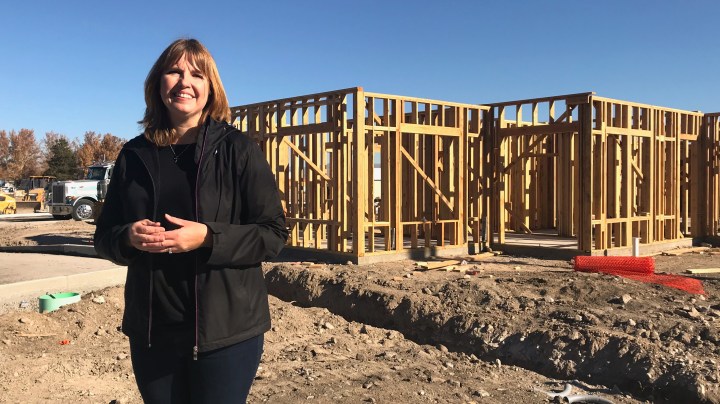 Renters in Reno, Nevada, are being squeezed by a multiyear housing affordability crisis, thanks to rapid economic development, population growth and slow housing development.

Now, a developer is buying up land downtown and demolishing weekly motels, which traditionally served as housing of last resort for people with very low incomes.

At many of the motels, code violations for things like nonworking smoke detectors and improperly sealed doorways are common, said Alex Woodley, director of code enforcement for the city of Reno. But the motels are often the last stop before homelessness.

Dante Martin said he used to stay in those motels until he lost his job and ended up on the street.

“It’s better to be in shelter than out here in the elements,” he said. “Way better.”

But on Reno’s west side, weekly motels are being flattened to make way for an ambitious redevelopment plan. Martin said he doesn’t like seeing them torn down.

“My opinion is, it takes everybody’s, like, low-income place where they used to live away.”

Officials who support the removal of the old motels said many of them are dilapidated, unsafe and were never meant to be long-term housing.

Jeff Jacobs is the developer behind the billion-dollar project that will replace them. It’s called the Neon Line District.

“We want to do a nongaming hotel, we want to do a zip line over the sculptures,” Jacobs said. “Reno’s Neon Zip Line; we’ve already trademarked that.”

The development will bring entertainment, retail and up to 3,000 units of market-rate housing.

Jacobs said losing those motels will be worth it in the long run, because his project will revitalize the area.

He’s also offered to donate land to the Reno Housing Authority, where more than 800 apartments could be built.

But housing advocates like Meghan Archambault say the Neon Line Project is displacing low-income people now who don’t have other alternatives.

“A lot of these motels were almost kind of waystations for people,” Archambault said.

Archambault started a Facebook group during the pandemic to help people in the Reno area who might be displaced. She said many motel residents use the Reno/Sparks Mutual Aid Facebook group for help buying groceries or making rent. But they’ve been dropping off as more motels come down.

Archambault wants to see the motels remodeled, she said, not removed.

Reno’s affordability crisis goes a lot deeper than a few motels, according to Brian Bonnenfant, a housing expert at the University of Nevada, Reno.

“If you don’t have enough inventory, then your prices go up,” he said. “And then people at the very low end of the spectrum get priced out.”

He said Reno’s housing crisis began in 2014, when the state gave Tesla a $1.2 billion incentive package to open a new factory east of town.

Dozens of tech and manufacturing companies followed, and the area added about 50,000 jobs. During that time, the average rent nearly doubled — from about $900 a month to more than $1,600.

“As we go into more of this high-tech world, we’re leaving people behind,” Bonnenfant said, adding that the only long-term solution to the crunch is to build more housing.

A few miles south of the Neon Line site, a new apartment complex is taking shape. Roxanne DeCarlo is executive director for The Empowerment Center, which is building the project.

“Right outside of this rear entrance will be a nice, large patio,” she said. “And so we plan on having benches and a couple barbecues.”

These won’t be luxury condos; they’ll be reserved for low-income people. For example, a family of four earning about $25,000 a year would be eligible to live here.

The first phase will add 42 units to the city’s rental stock. DeCarlo said they wouldn’t be building anything without federal subsidies.

Back downtown, Chris Cox and his brother Ronald live in a weekly motel. Both are on permanent disability. They said they pay $950 a month for their room.

“The walls are filthy, they didn’t bother to clean it,” Cox said. “This bed’s got pee on it, on the other side of the mattress,” Ronald added.

But the Cox brothers said it’s all they can afford.

And Dante Martin, who’d been living unsheltered for months, decided to leave Reno after eight years. He’s moved to Washington state, where he said he now has a job. 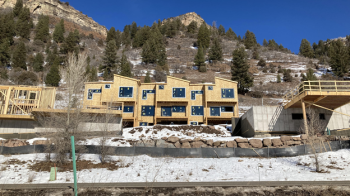