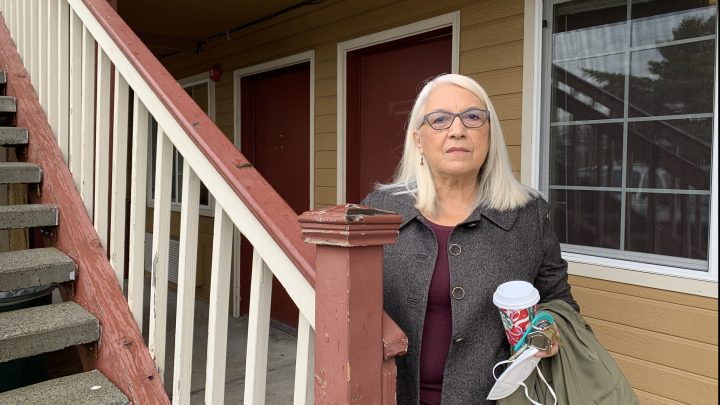 Since 2020, with the outbreak of COVID-19 and a deadly wildfire season that claimed over 4,000 homes in Oregon alone, the homelessness crisis on the West Coast has deepened.

According to the U.S. Department of Housing and Urban Development’s annual homeless report, Oregon ranked third in the nation among states with the highest percentage of unsheltered people last year.

In response to the housing crisis, Oregon has launched a statewide program that uses motels as shelters to meet the immediate needs of people who are unhoused for a variety of reasons, from those who are chronically in need of shelter to those who lost their homes due to wildfires or the pandemic.

Maria Hernandez Lopez lives in a one-bedroom motel unit in Forest Grove, Oregon, with her mother and three grandchildren. The motel has been functioning as a COVID respite shelter for displaced Latinx people since May of this year.

“It was kind of hard losing your job, and then I had COVID, and one of my grandkids had COVID,” Lopez said. “So it made it even harder to get back to the work.”

Lopez said she lost her job in construction and, once she couldn’t afford the rent, lost her house. Due to COVID-19 restrictions and social distancing mandates, traditional shelters weren’t an option for Lopez and her family.

“We have not been able to house people in a congregate setting as we used to before,” said Maria Caballero Rubio, executive director of Centro Cultural, which serves the Latinx community in Washington County. “We had to find a way.”

“Hotels and motels were empty because of the pandemic and not receiving any revenue,” said Nan Roman, CEO of the National Alliance to End Homelessness, which has published case studies on the hotels-to-housing model.

Oregon granted Project Turnkey nearly $75 million to acquire 19 under-used motels across 13 counties. It joins California and Vermont, which have similar statewide programs that launched in 2020.

“It really is a significant opportunity because we can add a lot of units to the stock, affordably and quickly,” Roman said.

In seven months, Project Turnkey says it increased Oregon’s shelter capacity by 20%. The cost of buying a motel works out to around $87,000 per room, including small renovations. That’s less than half of what it costs to build a new affordable housing apartment.

Most of the Project Turnkey properties will be converted into transitional or permanent housing, including services for different types of residents, from veterans to those recovering from substance abuse. 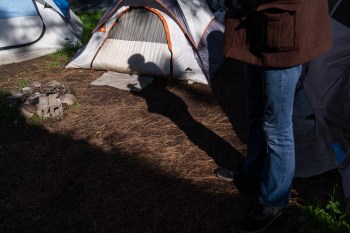 For those without homes, social distancing might not be possible