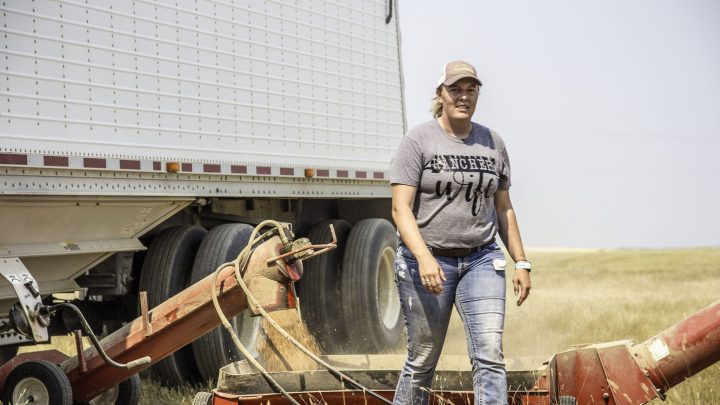 Farming and ranching are tough jobs. With restricted access to export markets and the current trade war, farmers’ earnings across the country are stagnating. For farmers in Montana, wheat is their biggest agricultural commodity, and it has taken a hit.

My name is Michelle Erickson-Jones. I am a farmer from Broadview, Montana. We raise wheat, barley, corn, sunflower, safflower, as well as forages and a small cow/calf operation.

There’s definitely, you know, a lot of things that I love about being a farmer, but certainly being able to, you know, raise crops, raise food, work on the same land that your family’s been on for multiple generations is something that is rewarding.

Throughout the country, we’ve had excessive rain across the Midwest and Montana there’s been a lot of problems getting harvest completed. Combining that with our low prices as well as our challenges in the export market, it is made for pretty difficult time for agriculture as a whole.

The trade war has affected us, certainly, on our input side. You know, the cost of steel has risen with the steel and aluminum tariffs. There’s also been other inputs that have risen with some of the other tariffs. We’ve also been impacted by the tariffs into China. China was a rising market for wheat, and especially for hard red spring wheat and soft white wheat out of Montana and the Pacific Northwest. When the trade war started in March of 2018, they stopped buying wheat. And they actually did not return to that market until just last week, they finally bought some soft white wheat, but that is the first purchase of wheat that they’ve made in over a year and a half. And that’s been a substantial loss for us in the wheat industry. Overall, they were roughly a $450 million market a year. For Montana, specifically, they were about a $65 million market a year. And they were one that we had targeted for expansion, not to lose our market share.

We have excess wheat in the world. There’s considerable wheat stocks in the world and when we combine that with stagnating demand — that’s a considerable issue for us and it has had an impact on our prices, which has an impact on our ability to be profitable, our ability to expand and make purchases and, you know, contribute to the rural economies.
You know, there’s a lot of uncertainty in what our future in farming looks like. You know, we’ve made it through rough periods before. Our farm has obviously made it through the ’30s, we made it through the ’80s. You know, I suspect that agriculture will find a way to make it through it, but it may look different or parts of the countryside may look different than they did before this.