Update (Dec. 13, 2019): President Donald Trump said Friday that the U.S. has canceled plans to impose new tariffs on $160 billion worth of Chinese imports Sunday as part of an interim agreement between the world’s two biggest economies. The United States is also reducing existing import taxes on about $112 billion in Chinese goods from 15% to 7.5%. More details here.

President Donald Trump’s ongoing trade negotiations with China have brought economic uncertainty to all kinds of industries, including automotive, technology, steel and agriculture. The dramatic cut of corn and soybean exports to China was a big blow to American farmers, leaving them scattering to find different markets to make up the losses. But that’s easier said than done.

The state of Iowa ranks number one in producing corn, soybeans, hogs, eggs and ethanol. The farmers doing this work have a lot of issues on their minds these days: a trade war with China, attacks on ethanol, low commodity prices and bad weather. Prices for both corn and soybeans are below break-even; farmers are finding it very difficult to make a profit.

For a closer look at the intersection of trade policy, the global economy and agriculture, “Marketplace” host Kai Ryssdal and team spent some time with three farming families in the small town of Hampton in North Central Iowa’s Franklin County.

Hampton is a rural farm town, with many corn and soybean farms in the area. Its population is about 4,200. A Dollar General, some gas stations, a few motels, and fast food chains line up on its main road in town, while the surrounding area is acres upon acres of farmland. Hampton is in the approximate center of Iowa’s rich northern agricultural land.

Meet some of Iowa’s farmers

Steve and Jan Abbas are corn and soybean farmers. Steve Abbas also serves as the executive director for Franklin County Farm Service Agency (FSA), a branch of the USDA that handles farm programs, farm loans, commodity operations, management and state operations. He’s been working with the FSA for 41 years.

Steve Abbas on how the farming business is going in his county:

“We’ve been in downslide in agriculture for about the last seven years. And I do think you’re going to see some issues, some problems with producers, farmers, out here, not being able to make ends meet and they haven’t been able to for two or three years. I think some of their lenders are going to say, ‘We’re getting to the point … that’s it. No more. We’re going to close you out.'”

“[The government] got us here. So they need to help us. As I’m in the combine, and you have the radio on, and then you hear the markets, and I’m thinking: I’m doing all this work, as this corn goes in, and we’re only getting this much. You kind of think, is it worth it?”

“That is a huge topic for agriculture in general, the whole family farming concept, kind of evolving. And the assumption that our own children would always assume that they would stay with the agriculture, isn’t a given notion anymore. And so, we don’t have a definite next-generation transition. But we do need to be thinking about it.”

April Hemmes knows a thing or two about the family farm. Hemmes is a fourth-generation corn and soybean farmer, farming since 1985 on land that’s been in her family since 1901.

April Hemmes on the future of the agriculture industry:

“Technology is going to change everything I believe, you know, whether it’s the seed or how we harvest and things like that. So, you know, it’s just like industries adapt to new technology, farming will adapt, too, and we’re early adapters. So, I think farming, as I know it, will not look the same — it won’t look the same in 20 years. We’ll adapt, we’ll make it work because you know what, at the end of the day, people got to eat. They don’t they don’t eat cell phones, they don’t eat Apple products, they have to eat. And that’s kind of the bottom line.” 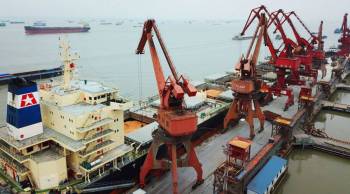 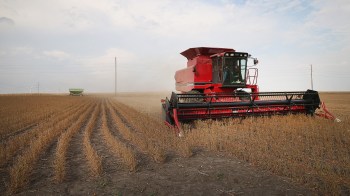