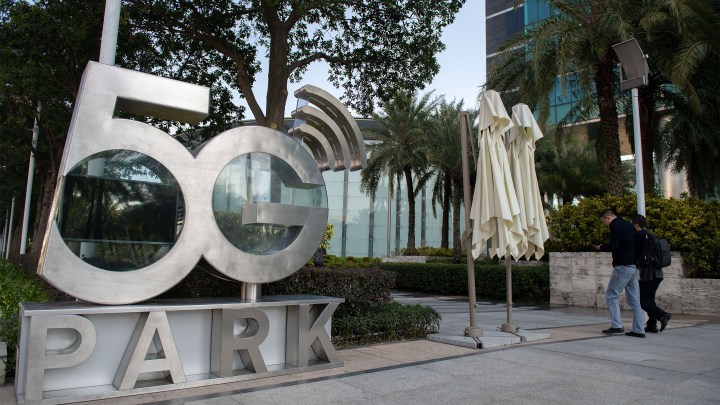 Beijing, Shanghai and other major cities in China are scheduled to unveil next-generation 5G wireless networks on Nov. 1. Like other economic powers, China sees the 5G rollout as a bit of a global technology race.

“The 5G network is the foundation on which innovation will happen,” said Roger Entner, analyst and founder of Recon Analytics.

The strategy for all countries planning to unveil 5G technology over the coming year — South Korea, Japan, China and the United States — is to create thriving networks to lure software makers to build applications. Those applications in turn can attract subscribers and investors, creating a cycle of innovation. In the current 4G generation, the first mover was the United States.

“The reason why basically all the world’s smartphones all run on American software is because we built the networks first,” Entner said.

The aim of the Chinese government is to show its networks are world-class and able to run largely on homegrown technology, said Matt Sheehan, fellow at the Paulson Institute’s MacroPolo think tank and author of “The Transpacific Experiment: How China and California Collaborate and Compete for Our Future.” If successful, Chinese companies can export 5G know-how.

“Who is going to get to build out the 5G networks in Eastern Europe, or Western Europe? China sees the early rollout as sort of an advertisement,” he said.