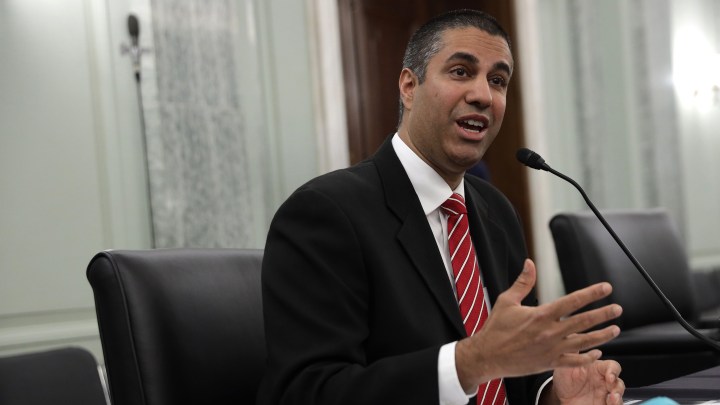 Next-generation 5G wireless technology requires sufficient bandwidth, and there’s news the military is freeing up some space per a Trump administration plan so that commercial 5G signals are less likely to get blocked.

Marketplace’s Nova Safo has the details, and the following is an edited transcript of his conversation with “Marketplace Morning Report” host David Brancaccio.

Nova Safo: Our mobile phones basically are little radio transmitters. They work on certain frequencies. For 5G, we’ve been so far working with frequencies on the higher end of the spectrum, where the waves are narrow and can be easily blocked — by walls and even leaves.

So there’s been pressure on the Pentagon to give up some of the vast amounts of spectrum it holds for military applications, and specifically mid-band spectrum, lower frequencies, wider waves. And that’s exactly what it’s now now doing.

We spoke with Ted Rappaport, head of the New York University WIRELESS research center, and he explained why that mid-band spectrum is important.

Ted Rappaport: The important thing about this spectrum is like the previous four generations of cellular, it penetrates buildings better and it goes further in foliage. These frequencies, at 3.5 gigahertz, are going to be easier to engineer.

Brancaccio: The Trump administration is mindful of China’s lead in this next generation 5G technology. How much does that play into this decision to free up space like this?

And Rappaport thinks this is just the beginning.

Rappaport: I suspect that over the next few years, given the history of wireless growth and consumer demand, that we’ll see more of these kinds of transitions from military to consumer use.

Safo: For now, the Pentagon expects this first transition to be completed by the end of next year.