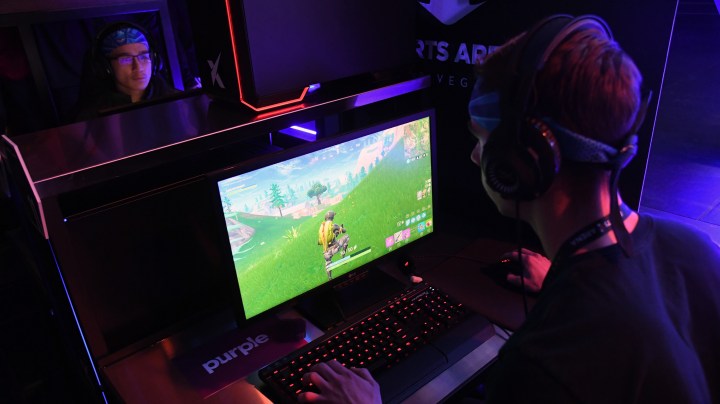 Then there’s Black Ridge. It recently got out of oil and gas and into the fast-growing world of competitive video gaming. And it all started with a phone call.

In the summer of 2018, Black Ridge Oil & Gas CEO Ken DeCubellis was chatting with one of his company’s largest investors.

“He said ‘Ken, what do you know about esports?’ And I chuckled. And I said, ‘Well, I can tell you, my 11-year-old son is playing ‘Fortnite’ all the time. And when he’s not, he’s on YouTube watching other people play ‘Fortnite’ or he’s on Twitch watching this guy Ninja play ‘Fortnite.’”

The investor on the phone, a guy named Lyle Berman, was pitching a company called Allied Esports, which puts together and broadcasts video game tournaments. Allied was part of the same company as the World Poker Tour, which Berman also funded 17 years ago. Turns out Berman’s a pretty famous poker player.

He told DeCubellis that Black Ridge Acquisition Corp., an investment company that went public in 2017, should ditch oil and gas and instead acquire the esports company, along with the poker company, for a cool $150 million.

“We weren’t out looking for esports opportunities, but we ended up going full steam ahead into esports,” DeCubellis said.

The world of competitive video gaming suddenly just looked like a better investment than the volatile energy industry, which was losing its luster.  But to make the pivot, Black Ridge had to sell the idea to its investors.

“When we were going on the road, explaining this to shareholders, the very first question was, ‘Wait a minute, when you came here before your October 2017 IPO, you were selling an oil and gas thesis. What is this all about?’” DeCubellis said.

Decubellis is not concerned that his expertise is energy. He said esports is such a young industry that there are no real experts there.

There are a few things a business needs to understand when trying to make a hard left turn, said Joanne Hyland, co-author of  “Pivot: How Top Entrepreneurs Adapt and Change Course to Find Ultimate Success.”

“We would want to know that they have a good market understanding of the markets that they would want to go into. Because it’s very difficult to go from, for example, oil and gas all the way over to esports without having some fundamental capabilities to make it happen.”

Big pivots have been done many times. Video game company Nintendo started out as a Japanese playing card manufacturer in 1889. After some mild success, the company struggled to stay afloat and tried to get into a bunch of other industries that ended up going nowhere.

“They sold rice for a while, they tried to get into taxi cabs, they even had something called love hotels, which are hotels that rent by the hour. You can fill in the rest,” said Jeff Ryan, author of “Super Mario: How Nintendo Conquered America.”

He said when the company started manufacturing video games in the 1970s, it still had contacts in the toy industry, so Nintendo’s pivot was a little less out of left field than moving from oil and gas to esports.

“Nintendo never did what Black Ridge seems to, which is to discard their whole hand of poker and pick five new cards,” he said.