Recently none other than Prince Harry waded into the debate about whether video games are addictive. He said he thought “Fortnite” “shouldn’t be allowed” and that it’s designed to keep kids in front of a computer as long as possible. Last year, the World Health Organization classified game addiction as a mental health disorder for the first time. But many psychiatrists still disagree with that assessment. Some say video game addiction is the same as any digital addiction, like to phones or social media.

Host Molly Wood talked with Lindsay Grace, a Knight chair in interactive media and associate professor at the University of Miami School of Communication. She asked him what constitutes a gaming disorder. The following is an edited transcript of their conversation.

Lindsay Grace: Generally, the way the World Health Organization defines it is what most people are comfortable with, which is this idea that the activities engaged in a game distract you from everyday activities. They prevent you from feeling good about doing other activities, and basically the idea is that games take over most of what you do on a daily basis.

Molly Wood: There’s a much broader conversation than just video games around this idea of addictive design and growth hacking and social networks that employ all of these tricks to engage you. Do you think that this is an issue that is exclusive to games, or is it about design in general and the drive for our attention?

Grace: I think that’s a great observation. Essentially, what’s happened is we have a media-rich environment where you’ve got all kinds of people trying to vie for your attention. One of the ways that I describe game design is it’s essentially engagement design. We’re trying to figure out how to keep people interested in the activities that we’ve designed, the playful experiences, for longer and longer. But one of the challenges there is if we are too effective, we may actually lose our audience. The example is that if people are worried about being enveloped in the world that we have and disconnecting from the rest, there’s a problem there, which is why a lot of game designers actively design experiences that are about a whole community of play. So it’s some time playing, some time watching on the latest streaming, and the idea is that there’s a whole environment that you design, not just to the single-player experience.

Wood: With that in mind, obviously one of the precipitating factors for this conversation is Prince Harry saying that “Fortnite” should not be allowed. In your opinion, has “Fortnite” achieved a level of engagement that other games haven’t? Is Fortnite any worse than Facebook or “World of Warcraft” was?

Grace: What I’d say is that, while “Fortnite” is great — it’s the hit of the year — essentially every couple of years, we’re going to have something similar. In the 1980s, it might have been Dungeons and Dragons. “World of Warcraft” dominated the online role-playing game space for a long time. But essentially, I don’t think that any one game is going to hit all the marks in a way that sort of says, “This is the ultimate addictive experience.” Part of that is also just fundamentals of human psychology. We’re always looking for more and more interesting engagements, so people tire of the games over a long period of time.

Wood: What level of video game engagement would make you worry? If some unscrupulous designer came along and said, “We’re taking off all the brakes,” what might that look like to you?

Grace: One of the things I think is challenging is that there isn’t an explicit formula. Much of the work that happens within individual companies is sort of proprietary. They each have their own approach to making a magic formula. If anything, over the years of designing games, one of the things that I think everybody recognizes is as you think you have a magic formula, it just keeps evolving. Part of that is because the media landscape changes. People’s interests change. Very commonly what happens is that a game may be very fashionable right now. It’s cool to like “Minecraft,” and then a few years later, it’s not cool anymore. No matter how engaging you made that experience, the social pressure or the environment around it, the rest of the media landscape affects where people go. While it’s sort of interesting and maybe a great sci-fi film to imagine that there is some master designer who’s figured out the optimal formula for engaging, so much so that no one wants to leave the game, ultimately humanity and human psychology is far more complex than hitting an optimal formula and just executing it in a way that gets everybody hooked on a game.

The crowd-ranking site Ranker.com has a running list of what users have voted the most addictive games of all time. I have to agree with the current consensus that No. 1 is “Tetris.”

The World Health Organization classified gaming addiction as a disorder last year. The Washington Post published a piece on how many American psychiatrists think the conversation needs to be a lot more nuanced. Only a tiny portion of people worldwide, less than 1%, seem to qualify for diagnosis of an actual disorder, according to a 2017 report in the American Journal of Psychiatry.

That doesn’t mean “Fortnite” isn’t taking over some people’s better judgment though, and I say this as the mother of a 12-year-old boy. Last month, a story came out about how former Philadelphia Phillies player Carlos Santana found out during the team’s losing streak last fall that some of his teammates were playing “Fortnite” during games. He then used his baseball bat to smash the TV in the clubhouse.

But I have to say that Lindsay Grace is ultimately correct that no matter how addictive a game like “Fortnite” might be, the human brain is also always gonna want something new. And I can tell that day is coming. Earlier this month on CNN, I saw the headline: “What parents should know about ‘Apex Legends.'” “Apex Legends” is, of course, the even cooler battle royale game that’s like “Fortnite,” but better because it’s new. 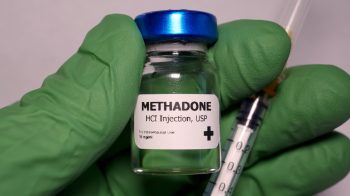