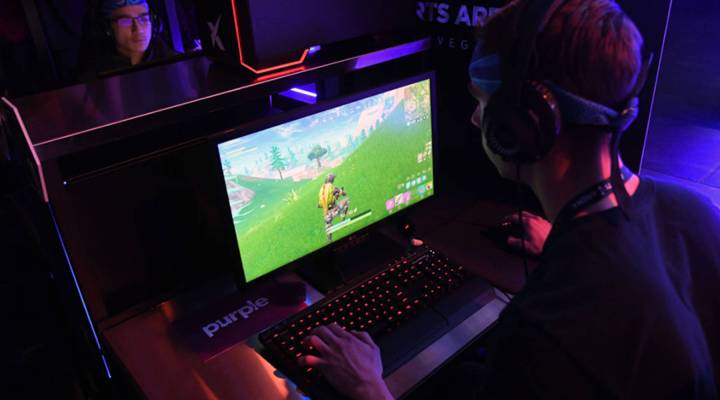 All this week on Marketplace Tech we’re partnering with CNET to talk about big trends in consumer technology. Once upon a time, laptops and desktop computers were cool and not just the thing you used for work. Then phones and tablets came along, gaming consoles got more popular and computers did not make the holiday shopping list. But that might be changing. CNET’s holiday shopping survey finds that young people are lot more interested in computer hardware this year, mostly to play video games. Between “Fortnite” and esports streaming, kids are wanting systems more powerful than an Xbox or a PS4. Molly Wood talked with Dan Ackerman at CNET Reviews, where he focuses on PCs and laptops. He said there is a minor resurgence in the PC market. The following is an edited transcript of their conversation.

Dan Ackerman: It’s driven by people who want to get really into PC gaming, which is suddenly very in vogue because people realize that the consoles that they play on are already four or five years old and kind of behind the curve. Modern computers, frankly, look and play games so much better, especially if you have a 4K TV (or a lot of people have 4K monitors).

Molly Wood: So one other trend we’ve seen lately is a kind of merging of laptops and tablets and vice versa. What’s driving that move?

Ackerman: These big companies for the last several years have been trying to figure out how to capture some of the buzz and excitement that people had for the first five years or so about the iPad, and basically no other tablets, just the iPad. They started by adding touch to a lot of them. Then they started adding these little hinges that would fold back 360 degrees. I think most people who get one of these, frankly, use them as a laptop 90 percent of the time, as a tablet 5 percent of the time and the rest of the time they just fold the screen back halfway and use it like a little kiosk, like a video display.

Wood: As people are making buying decisions around computers and laptops, we’ve had this age-old question of Microsoft versus Apple, of course, but I wonder: As software is less and less important, does operating system matter if my operating system is essentially my browser?

Ackerman: You’ve hit the nail exactly on the head. The experiential difference between using a MacBook and using a Windows laptop is so much less than it ever was. Netflix works the same on both. Gmail works the same on both. Amazon works the same on both, Facebook, Instagram. And that’s also why, besides Mac OS and Windows 10, a lot of people feel very comfortable using a Chromebook now, which also ran in the computer category for years. Frankly, if you gave somebody a Chromebook and didn’t tell them it was a Chromebook, it might take them a while to notice because you’re just surfing the web anyway and it looks and feels like Chrome, which you probably already use. There you go. And it’s a great way to get a computer that feels fast and powerful for like $400 or $500, whereas if you bought a $400 Windows laptop, it would work, but you wouldn’t really love it.

Wood: All right, let’s talk about the upgrade cycle and attempt to ignore the messages from manufacturers. How often do people even need a new computer these days?

Ackerman: Boy, these guys would love for you to buy a new laptop every couple of years. They claim the life cycle on a lot of these are, “Oh, it’s 24 months.” Or maybe three years is a stretch for them. But people I talked to actually keep their laptops for a long time. They keep them for four years, five years, six years. And it’s less difficult now to do that because, yes, new software comes out and requires more powerful processors to use, but most of the time you and I are not using that. We’re just frankly surfing the web and using that web browser interface like we talked about. So your old MacBook Air from three or four years ago, frankly, works fine with that. There may be a couple of websites that are really intensive and make it difficult to use smoothly, but that’s the exception rather than the rule. I think five years is a good, rough, back-of-the-envelope estimate for what you should expect out of your laptop, especially if you’re spending more than $1,000 on it. And if you think about buying something a little fancier, a little more expensive, a MacBook Pro versus a MacBook Air, and you say, “Oh, I’m going to spread that cost out over five years,” it may make a little more sense.

Marketplace Tech has partnered with CNET to cover buying trends in tech as the 2018 holiday shopping season starts. Topics on tap: smart home technology, the case for TVs and whether a “techlash” against spending more time with devices is showing up in what people give.