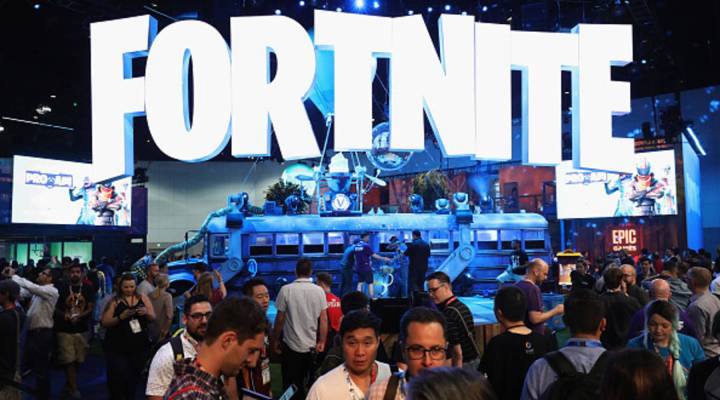 In the insanely popular video game “Fortnite,” players can spend about $5 to unlock dances called emotes for their characters to perform. And these dances are everywhere. You see them on playgrounds, in pro sports, and there are “Fortnite” dance classes. But are these really “Fortnite” dances? Most of them appear borrowed, like the dance called “Ride the Pony,” which is pretty clearly “Gangnam Style.” There’s the one called “Fresh” which is a dead ringer for the “Carlton Dance” from the “Fresh Prince of Bel-Air.”

Back in July, Chance the Rapper Tweeted at Epic Games, the maker of “Fortnite,” and said it should give rappers and artists credit and cash for their dances. A rapper named 2 Milly has said he might sue Epic Games over his dance “Milly Rock,” which he alleges is “Swipe It” in “Fortnite.”

Merlyne Jean-Louis is a lawyer with a background in dance who’s written about copyrighting choreography. She said “Fortnite” is definitely taking liberties.

“They changed the name of some of the dances, too,” Jean-Louis said. “‘Milly Rock,’ they called it ‘Swipe It’. The ‘Shoot’ dance, they called it ‘Hype.’ That’s definitely appropriation, but is it copyright infringement? Not necessarily.”

Jean-Louis said in order to get copyright protection, a dance has to be considered a choreographic work, something more than just a few moves. That is rare and, even in that case, there would be a couple more steps for full protection. It would have to be deemed an original work and be recorded on a video or “fixed in a tangible medium.”

In the digital economy, when almost anything can become a viral sensation, Jean-Louis said artists can take steps to protect the works they create. For one thing, she said once you make a video of an original dance (that would also be deemed a choreographic work), it’s copyrightable. Remember this summer when Drake’s song “In My Feelings” came out? A performer named Shiggy created a dance, and then people recorded themselves doing the “Shiggy Dance” as part of a big Instagram challenge. What if the Shiggy Dance showed up in “Fortnite”?

“So I might be in the minority on this, but I think Shiggy, he definitely has a copyrighted work. He created that dance, he videotaped it, put it on Instagram. It’s public to the world. … That’s definitely a routine. I think it’s copyrightable.”

We asked Epic Games for comment about “Fornite” dances, but the company did not respond.

Need to get caught up on tech news you might have missed? Check out today’s Open Tabs below: