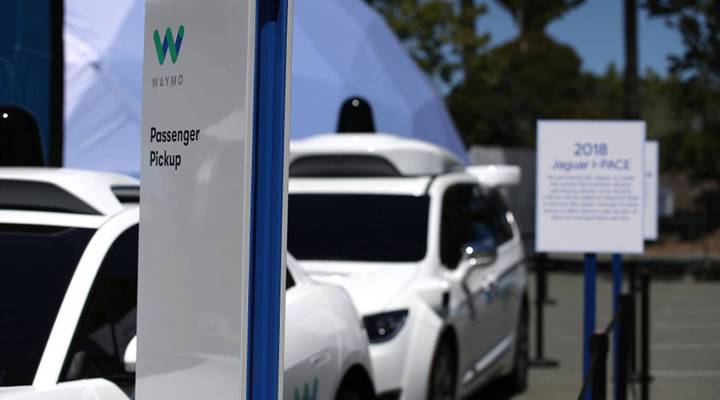 Earlier this week, Google’s self-driving car spinoff, Waymo, launched a commercial self-driving taxi service in the Phoenix area. It’s limited, but it’s technically a public launch, not just testing. And this is a case where the tech moved faster than the laws. Proposed federal rules for regulating self-driving cars called the AV START Act have been stuck in neutral for about a year. But this week senators updated the language in the bill. They’re even considering attaching it to the must-pass budget legislation that Congress will decide on before the end of the year. Molly Wood talked about it with Aarian Marshall, who covers autonomous vehicles for Wired magazine. The following is an edited transcript of their conversation.

Molly Wood: But that’s a bit controversial in itself, right? Would this legislation supersede the state laws?

Marshall: Yeah, it’s definitely controversial. So the way it’s been explained to me thus far is the bumper-to-bumper car, that means the design and the performance of the vehicle, is all up to the federal government. And that’s actually the way it works for normal cars now. They’re making sure your Toyota isn’t going to kill you. And if they discover a defect, they’re going to create a recall so that Toyota has to come in and fix that. What’s left up to the states and the local municipalities are the traffic laws, licensing and registration. Just like you and I have to go to the DMV, autonomous vehicles might have to go to the DMV in certain states and get their license there. So that’s the way it’s kind of breaking down at this point. But this is just the start. This bill is not meant to be the final word on self-driving car regulation. They’re just trying to kind of lay the groundwork as this technology develops.

Wood: So is there any sense then of what happens now? Is this bill likely to pass if it gets attached to the must-pass spending bill?

Marshall: There are still definitely some Democratic senator holdouts who really just don’t like the way this bill is handling safety. They want a firmer federal oversight of self-driving car technology. So they’re not going to vote for this bill. That said, if it does get attached to a bigger spending bill that has to pass so that the government doesn’t shut down, it’s going to be hard to justify not voting for it just based on this tiny, little self-driving car part. I’d say most of the industry is really happy with this bill. I’m hearing a lot of optimism out of Washington, but it’s definitely not a done deal yet.