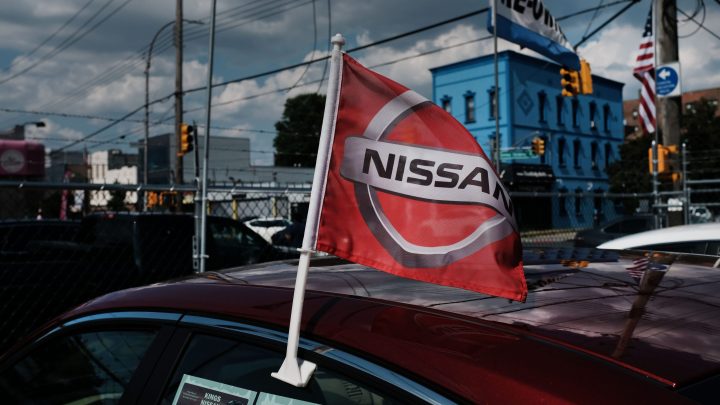 Nissan reported a second-quarter profit of just $15 million — yes, that’s an “m” you see there — a decline of almost 99% compared to the same period last year.

Nissan’s troubles started piling up with the arrest of former chair and CEO Carlos Ghosn on corruption charges last year.

“That really put the company into a tailspin,” said Michelle Krebs, an analyst for Autotrader.

The turmoil came on top of an ill-fated strategy to grow market share at the expense of profitability “that caused some bad behaviors,” according to Krebs. Nissan relied on deeply discounted sales to car rental companies for a disproportionate share of its business. That cut profits and might have tarnished the brand.

Michael Ramsey, an analyst with Gartner, said consumers used to see Nissans as sporty, quirky and reliable, but the drive to expand market share left the company’s identity in question.

“Who is the Nissan buyer?” he said. “It’s not super obvious.”

It’s harder for Nissan to compete on price thanks to Korean carmakers Hyundai and Kia, said CarGurus analyst George Augustaitis.

“As we’ve seen their products improve in terms of quality and design, they’re also one of these brands that are winning affordable consumers,” he said.

In addition, he points to the design of Nissan’s cars: its Rogue and Murano SUVs are about five years out of date, while its redesigned sedans are hitting a market that prefers SUVs.