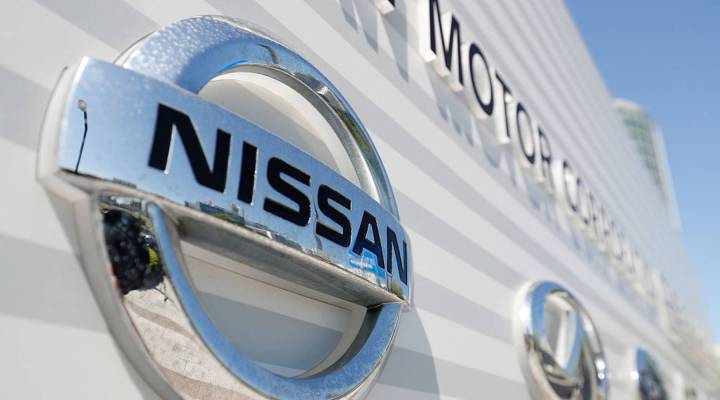 Japanese media reported that Nissan Motor confirmed that the two parties are in capital tie-up talks, and the deal would be an effective acquisition.  Ken Ishii/Getty Images

Japanese media reported that Nissan Motor confirmed that the two parties are in capital tie-up talks, and the deal would be an effective acquisition.  Ken Ishii/Getty Images

Nissan is buying a 34 percent share of Mitsubishi to form what the two automakers are calling a strategic alliance. The idea is that the companies will be doing a lot of sharing, including factories and advanced technologies.

Some industry analysts believe collaborations like these – if not outright mergers – are a sign of what’s to come as competition ratchets up. In industry after industry, bigger is better.

Karl Brauer, an analyst with Kelly Blue Book, says given the ferocious competition in the car industry, Nissan buying into Mitsubishi is a smart move.

“Nissan, like every automaker, is scrambling to grab market share and maintain if not increase its global presence,” said Karl Brauer, an analyst with Kelly Blue Book.

For Nissan, the deal propels the company into the stratosphere of Toyota, Volkswagen and GM. In today’s climate, the thinking is, if you are a smaller player, you need deep pockets to weather what’s coming.

One challenge is that consumer demand may be peaking, said Bloomberg Intelligence analyst Kevin Tynan.

Car makers are also sprinting to keep up with the rapid pace of technology. Companies used to design a car, and leave it unchanged for seven years. Now it’s every three to five years, adding tons of pressure and new costs.

Of course, potential mergers and behemoth car companies raise the threat of higher prices. But IHS Automotive analyst Stephanie Brinley said that’s not why people will end up paying more for cars and trucks.

“What’s going to drive prices more likely than consolidation is the fact that we still have future fuel economy and fuel emission regulations to meet,” she said.