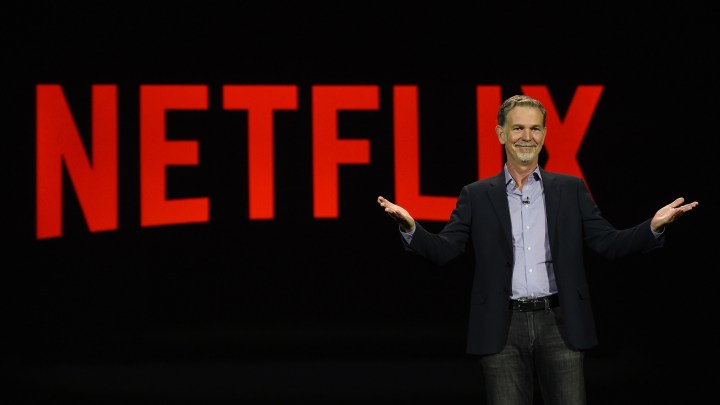 Netflix reported yesterday that it missed its global growth projection for the last quarter by a wide margin — 2.8 million new subscribers instead of the 5 million expected — and that subscriptions in the U.S. actually slipped for the first time ever, albeit by less than 1%.

In the last quarter, the streaming service raised its prices by a dollar or two a month, depending on the plan. But the company said that wasn’t the cause for the decline in subscribers.

“Netflix chose to blame it on the lack of a compelling lineup of content during the quarter,” said Michael Pachter, research analyst with Wedbush Securities.

He said there’s something to the company’s claim: its hit show “Stranger Things” returned for a third season on July 4 — after the quarter had ended. It other big show, “The Crown,” returns later this year.

“While Q2 was a major miss and disappointment, we still don’t see any fundamental change in the [Netflix] story,” he said. “Especially in the international market.”

But Pachter says there’s a limit to how many “water cooler” shows Netflix can produce, because there’s only so much Hollywood talent with a track record of hits.

“You know, how many shows is Shonda Rhimes gonna make? Two shows a year at ten hours each?” he asked. “Great, that’s 20 hours of viewing. Not enough.”

Meanwhile, two of Netflix’s most popular shows are disappearing next year: “Friends” to HBO Max, and “The Office” to a new streaming service from NBC Universal. On top of that, Disney’s launching its own competitor.

“Come back to me next year, once two of those three have launched, and lets see how Netflix is doing,” Pachter said.

Netflix says instead of spending on licensing old shows, it’ll pour more money into its own content. But it’s already spending: the company will have a negative cash flow of $3.5 billion this year.