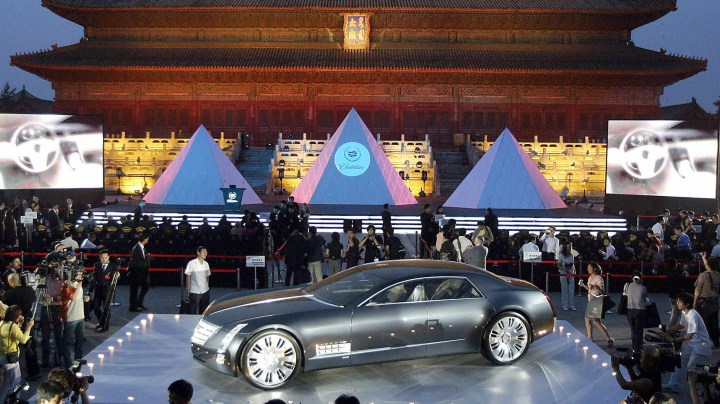 COPY
A luxury Cadillac XLR on display at a ceremony in Beijing, China in 2004. STR/AFP/Getty Images

A luxury Cadillac XLR on display at a ceremony in Beijing, China in 2004. STR/AFP/Getty Images
Listen Now

There was a time when Cadillac was the top luxury car in the U.S., a symbol of status and subject of rock songs. That time was long ago — Cadillac’s U.S. market share has eroded since the late 1970s. In China, however, the brand’s popularity is soaring.

While other U.S. car sales slipped this quarter due to a slowing Chinese economy and complications of a trade war, Cadillac’s sales grew by more than 36%. Cadillac’s success is part of a broader luxury car boom in China, now the world’s largest luxury auto market, but also demonstrates how General Motors would like to revive the brand in the U.S.

Most U.S. automakers in China are having a tough time