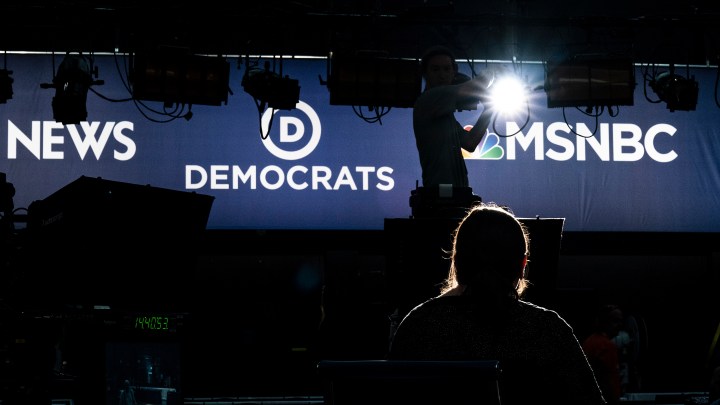 There are 25 Democratic presidential candidates. Only 20 of them will make it onto the debate stage in Miami on Wednesday and Thursday. But even that winnowed-down field of presidential hopefuls will be a lot for voters to process. Having the largest-ever field of candidates means voters are already being barraged with ads, emails and social media posts as candidates clamor for their attention.

Especially, he said, when it comes to complex issues like health care, immigration and economic policy — top issues for primary voters in this campaign.

“Everything in economic policy is very, very nuanced,” he said, “and so then simple messages in that regard are going to be more appealing.”

Jon Maner, a psychology professor at Florida State University, points to the 2016 presidential election as an example of when a crowded Republicican primary field helped create an opportunity for now-President Donald Trump.

“Trump’s effectiveness in the last election comes down at least in part to the fact that he was speaking directly to the American public in a way that they could easily understand,” Maner said. “He wasn’t getting into a whole lot of nuance. He was speaking in simple terms, and people got it.”

The risk for candidates ahead of the Democratic debates, according to Levav and Maner, is that voters may get “decision overload.” Maner points out that, when faced with a lot of options at once, people fall into one of two categories: decision optimizers, who try to get all the details about an issue before making the best choice they can, or decision satisfiers, who can tolerate “good enough” and then move on.

“And what happens during an election season like this is choice overload can turn decision optimizers into decision satisfiers,” Maner said. “People who usually opt for trying to make the best decisions and processing all the information available to them start making more quick and dirty decisions and often just erring on the side of … whatever their default decision might be.”

Taking the mentally “easy” way out doesn’t mean voters are making “bad” choices, Maner said. It just means they are arriving at that decision in a different way. Plus, he said, a talented politician should be able to break down even the most complex economic or policy argument into something easy for voters to understand.

Democratic pollster Margie Omero at the consulting firm GBAO isn’t worried about Democratic primary voters being overwhelmed. Much of the research around decision-making is focused on how consumers shop for products.

This cycle, Omero is working with the campaign of Montana Gov. Steve Bullock, who didn’t qualify for the first debate. She argues candidates still have plenty of opportunities to explain their ideas to voters.

“A debate of really any size is not necessarily the place where people can see a long, detailed policy proposal,” she said. Instead, according to Omero, voters “want to see somebody who they feel they can connect with, but they are also looking for somebody who can understand the issues and has a policy depth.”

But not so deep that voters feel like they’re drowning in information.