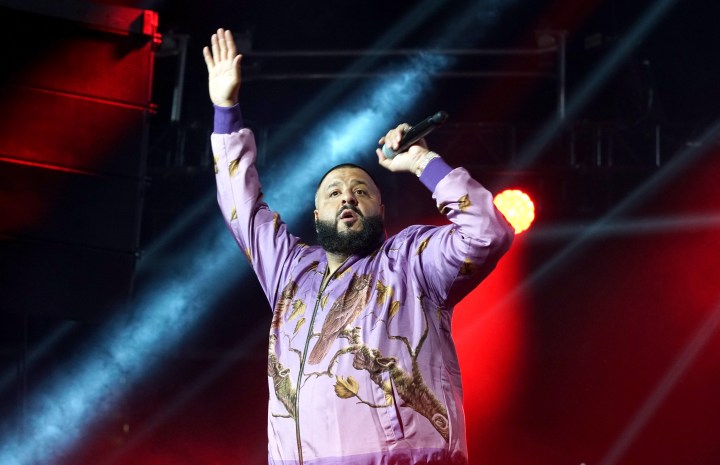 As artists fight for the prized number one album slot on Billboard’s charts, they’re getting strategic with their sales by selling their merchandise alongside concert tickets, T-shirts and energy drinks. But it’s a method Billboard is starting to crack down on.

Just recently, DJ Khaled’s album “Father of Asahd” had been up against Tyler, the Creator’s “Igor” for number one on the Billboard 200, with both collecting nearly the same amount of streams.

Igor’s album ended up taking the top slot after Billboard disqualified most of DJ Khaled’s bundled sales, according to The New York Times. (“Father of Asahd” had been sold alongside energy drinks on the site Shop.com.)

Despite the popularity of streaming services, it still takes hundreds of streams to count as an album sale on the Billboard 200, highlighting why these album sales are so sought after.

So what goes into Billboard’s calculations? We looked at how the formula Billboard uses to calculate success has changed over the decades, and which albums have made the chart.

*For the week of June 15, 2019, the top five albums to make the Billboard 200 in order from left to right: Thomas Rhett’s “Center Point Road,” Billie Eilish’s “When We Fall Asleep, Where Do We Go?” DJ Khaled’s “Father of Asahd,” Khaled’s “Free Spirit,” and Miley Cyrus’ “She Is Coming.”

The top album for mid-June was “Center Point Road” from country music singer Thomas Rhett, which had 76,000 equivalent album units, including 45,000 in actual album sales and about 33.6 million in streams, according to Nielsen Music.

The Billboard 200 albums chart underwent a major overhaul back in 2014, announcing it would take into account digital track sales and on-demand streaming (think Spotify, Amazon Music and YouTube). Last year, it made the decision to count 1,250 streams from paid subscription audio services as one album unit, and 3,750 streams from ad-supported audio services as 1 album unit.

With albums accounting for a whole lot of streams, artists like DJ Khaled will often bundle their albums with other merchandise to rake in those high figures.

Billie Eilish, whose album “When We Fall Asleep, Where Do We Go?” ranked No. 2 this week, sells deluxe bundles that come with the CD, a poster and tattoos/sticker sheets. Meanwhile, chart topper Miley Cyrus is selling her album “She Is Coming” with branded condoms and Khalid has bundled his album “Free Spirit” with concert tickets.

Beginning in the early ’90s, Billboard started using actual sales through a system called SoundScan, according to Geoff Mayfield, a music industry consultant who worked for Billboard for more than two decades.

“Before, we were relying on people to call us and tell us, ‘These are my top 30 sellers,'” Mayfield said. “But that was all very vague. We didn’t know what numbers were attached to those reports.”

*For the week of June 16, 1979, the top five albums to make the Billboard 200 in order from left to right: Donna Summer’s “Bad Girls,” Supertramp’s “Breakfast in America,” Sister Sledge’s “We Are Family,” Rickie Lee Jones’ “Rickie Lee Jones,” and Cheap Trick’s “Cheap Trick at Budokan.”

Just prior to the switch to SoundScan, Billboard would also more heavily weigh sales from businesses that had a larger market share. Mayfield said this was based on the idea that “a bestseller at a chain of 1,000 stores should count more than an independent music store in the middle of nowhere.”

It wasn’t until the late ’80s that Mayfield and a colleague advised Billboard to start taking into account the difference between large chains and smaller stores.

If you look further back in time, like in the late ’70s, Billboard used less sophisticated system of assessing how much top album sellers from certain stores should count as part of their charts.

“If you were a single store in a rural area, and you reported to Billboard, you probably had the same weight as the largest chain in the business,” Mayfield said.