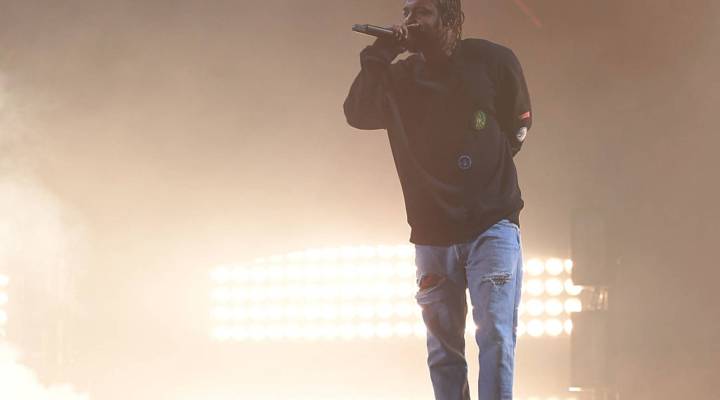 A typical movie soundtrack captures the essence of what people see on screen. It propels moviegoers to become music consumers eager to feel the moments of a film after its release. But “Black Panther: The Album” is not typical.

As the Marvel blockbuster made a record-breaking $235 million at the box office, the album, curated by Kendrick Lamar, debuted at No. 1 on the Billboard charts.

“You had a significant amount of excitement and attention on the songs before anybody ever heard them in the movie,” said David Bakula, senior vice president of analytics and client development at Nielsen Entertainment. The album reached 139 million on-demand audio streams a week before the movie even opened. Billboard said that’s the biggest streaming week for a soundtrack ever.

It’s about more than just Lamar and the other artists on “Black Panther: The Album,” said Jackie Otero, program director for entertainment and music business at Full Sail University. Hip-hop itself accounts for about 30 percent of streamed music. Because of the way Billboard has started to count streams, that ends up making a big impact on charts.

Correction (Feb. 20, 2018): An earlier version of this story misstated the sales ranking of “Black Panther: The Album.” The text has been corrected.