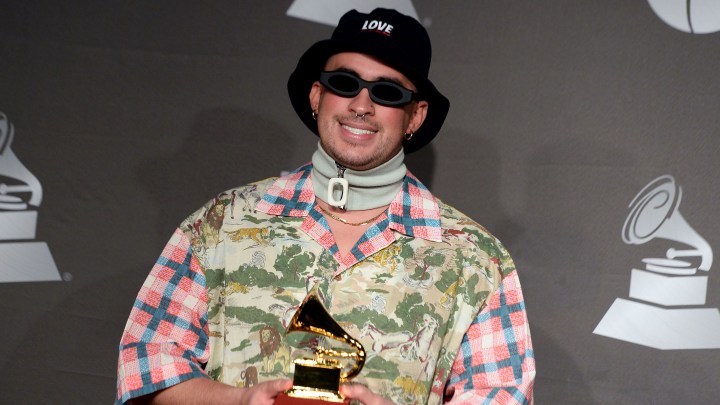 The 63rd Grammy Awards ceremony will be held Sunday. The Grammys have long been controversial, starting with who gets nominated and who doesn’t. This year, yet again, high-profile musicians are calling out the awards show, and for many reasons.

Still, winning one is important for both sales and visibility.

This year, accusations about the Grammys being unfair are being led by singer the Weeknd. His single “Blinding Lights” has been ubiquitous. It’s from the album “After Hours,” which debuted at No. 1 on the Billboard charts. Yet he received no Grammy nominations.

Enrique Gonzalez Muller, who teaches production and engineering at Berklee College of Music, is a Latin Grammy recipient and participates in the awards vote every year. He stands by the Grammy process, saying winning represents a certain kind of recognition.

But the Grammys have long been accused of not being diverse enough. This year, the album of the year nominees are mostly white. And several nominees for best children’s music album have withdrawn, protesting the lack of diversity in the category.

“They are very aware that this is an issue. And they’ve taken a lot of steps to try to get a much more representative and diverse voting body,” said Melinda Newman, an executive editor at Billboard magazine.

But for all the criticism of the Grammys, a lot of artists sing and rap about their importance.

And as Muller said, much like an Oscar, a Grammy nomination is about recognition, which brings more opportunities. Even for an established artist.

But he already has two Latin Grammys, recorded Billboard’s first Spanish-language No. 1 album and been on the cover of Rolling Stone.

Even so, according to Newman, a Grammy would get him new fans. “Ideally, someone like Bad Bunny gets in front of an audience and delivers a killer performance, which of course he would, and he’s immediately going to see a spike in streams, whether he wins or not.”