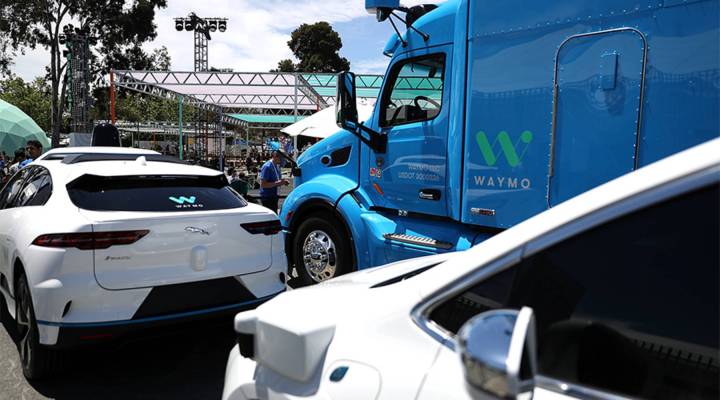 This one-question interrogation — from my editor, bureau colleagues, parents and daughter — followed my first-ever spin in a driverless vehicle in Phoenix last month. My quick answer: Surprisingly smooth. Cautious. Controlled.

I went to Phoenix to explore some of the early business pilot projects in the autonomous car space, efforts to gauge early customer reaction to self-driving products. Robo-car “taste tests,” in the words of my Marketplace editor, Herran Bekele. I checked in on Waymo, a driverless ride-sharing company (think Uber without drivers at the wheel) and Nuro, developer of an autonomous delivery mobile.

Which may explain why so many pilots occur in sunny Phoenix, land of no snow and wide lanes.

“We’re coming to grips with the fact that it can’t do everything that we had originally thought, but it can do certain things really well,” said Matthew Johnson-Roberson, an autonomous-vehicle developer and assistant professor of engineering at the University of Michigan. “And if we can figure out where the sweet spots are, where do we meet in the middle?”

Exhibit A: Waymo One, the nation’s first commercial ride-hailing service offering cars that drive themselves. Waymo is a division of Alphabet, the parent company of Google. In the Phoenix suburb of Chandler, I hopped in the back seat of Waymo’s white Chrysler Pacifica minivan, loaded up with sensors, cameras and a black siren-looking attachment that shoots lasers to see far.

Joining me in the back seat was Damian Nichols, a Waymo One customer who uses the app to hail rides all the time (perhaps Waymo picked him to talk to me because, as an information technology guy, Nichols is a presumed convert to the Church of Technology). A public relations rep sat shotgun.

And to my surprise, there was a man sitting in the cockpit. Safety driver, I was told, there just in case. And I was told not to talk to him (the Uber autonomous car that hit and killed a pedestrian in Arizona last year reportedly involved a distracted safety driver streaming a video at the time). He touched nothing the entire ride.

Off we went. As the Chrysler pulled out of a local office park, the steering wheel … steered itself to a stop light, where it came to a full stop, crept out the way I’m teaching my 15-year-old daughter and accelerated through the first right turn. I had the oddest feeling looking at the steering wheel that appeared possessed, a bit like the first time I encountered one of those self-playing pianos.

“My initial reaction was, ‘No, that’s not really happening,’” Nichols said of his first Waymo ride. “I had to do a double take, because you’re, like, ‘Is somebody really touching those pedals?’ But they’re not.”

The first confidence-booster was the screen in front of each passenger, showing real time, graphical representations of everything around the Waymo vehicle: every car, person, building and tree.

First big test: a high-speed left turn to merge onto a busy avenue.

Nichols with the play-by-play: “This is the tricky part. You can see right now, a truck turning in front of us. Another one going. And the Waymo van is just waiting. It’s monitoring traffic in both directions. And when it’s clear, here we go, left turn.”

It all went very smoothly, accelerating on busy avenues (the Waymo folks did not take me on the freeway), flowing smoothly through green lights, managing school zones and slowing near parked cars in case of a pedestrian darting out. “It’s a better driver than me,” Nichols said.

In every instance, the Waymo van erred on the side of caution. At a couple turns it waited longer than I would have to pull out. At a construction zone, it stopped completely, “looked” around and chose the correct lane to make it through.

If anything, the vehicle was too cautious. Like a robot with a learner’s permit.

So far, Waymo One says it’s signed up “hundreds” of early riders in its commercial pilot. Company reps declined to comment on whether it’s making money.

“I don’t think they are currently financially viable,” Michigan’s Johnson-Roberson said, given Waymo’s pricey self-driving technology. Eventually, though, the economic promise is getting rid of the safety driver. “If you are able to eliminate the driver in a robo-taxi,” he said, “you have this incredible economic opportunity to decrease the cost of ride-sharing.”

For sure, the company has made a believer out of Nichols. He’s ditched Uber, which costs a little more, and takes Waymo exclusively in its local operating area to restaurants and casinos (bingo player) and says he doesn’t have to fret about parking or drinking and driving. Even his wife and three teenagers take Waymo.

And that may be a key here: to see how the public reacts to driverless products. Like the country, Phoenix residents appear to still be debating whether the technology is reliable enough.

“You have glitches,” said Savannah Lewis, a local resident at a cookout in a Phoenix-area park. “If it’s a computer, you’re bound to have problems with it. I think everything should be as it used to be — old school.”

Marty Gonzalez, a retiree taking a walk in the same park, disagreed.

“People objected to the car when it first came out, you know. Basically it’s the same thing. It’s a progression of the automobile, the way we get around. Pretty soon we’re going to be flying around.”

The park is steps away from a local Fry’s supermarket (a division of Kroger) in nearby Scottsdale, which brings us to Exhibit B: the autonomous company Nuro. Its vehicle delivers groceries in the neighborhood.

Here was the problem: There was no way for me to take a test ride in the Nuro. Its driverless vehicle has no seats. Or pedals. Or a steering wheel. The Nuro is simply a delivery mobile. And very small. Imagine a mini-minivan with a minimalist design sense. Or the spawn of a go-kart and a very large toaster.

In this ZIP code, 85257, any resident can order groceries from Fry’s and for six bucks have them delivered by Nuro.

“It looks friendly, little, almost something I could imagine in a Pixar movie,” said David Meacham, an area web developer waiting at his house for a grocery delivery. He and his girlfriend, Jenny Pinto, gushed over its cuteness as the Pixar pixie-car pulled onto their street.

Meacham approached, punched in a code he’d received by text message, and the doors opened automatically from bottom to top, wing style, like the old-school DeLorean. Their order included milk, eggs and pumpkin for the dog’s special diet.

Nuro’s vehicle drives along Scottsdale streets, but slowly, never over 25 miles per hour. Like the Waymo, it comes to a complete stop at a stop sign.

“I think it’s pretty safe,” Pinto said. “Honestly, just the rolling through the stop signs is what gets people in trouble.”

To Johnson-Roberson of Michigan, this is the key to Nuro’s potential success.

“Your groceries don’t care really how long it takes to get there,” he said. “You have a lot more freedom to take safer routes. And so the likelihood that you’ll cause a fatal accident is much lower.”

There is a critical question about the Nuro’s baby car: How cute is it really? Meacham and Pinto think it is, as does Nuro’s head of technical operations, Andrew Clare (“It was really important to us to make a vehicle that was appealing”). But my 10th-grade daughter and her friends reacted rather differently upon seeing the video:

“What the heck is that?”

“There are uglier cars.”

“Adorable in an ugly way.”

“The toaster car is not cute.”

An autonomous shuttle bus on display at the Bosch booth at CES 2019 on Jan. 8.

Perhaps the wrong target demographic for Team Nuro. As far as its profitability, Clare said the early delivery project “is just sort of our starting point.”

And these are just two driverless trials for consumers to sample. To Michigan’s Johnson-Roberson, 2019 will likely bring a full slate of business-model attempts: delivery, ride-sharing, long-distance trucking, shuttles, even ride-sharing options we can’t even think of today — say a self-driving grocery store that brings choices to neighborhood shoppers.

As for Nuro, its promising vehicle has one oddity: vehicle side mirrors that serve no purpose (remember, there’s no human driver) except to meet local safety regulations.

These robo-cars. They’re a bunch of rule followers. 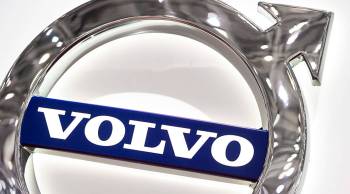