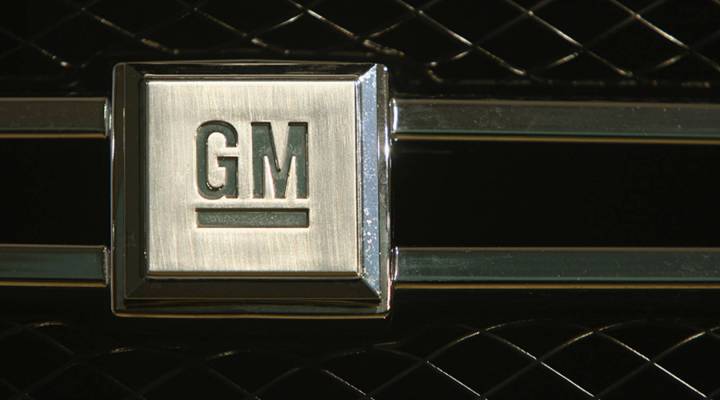 COPY
The logo of U.S. carmaker General Motors, or GM, is visible on the front grille of a GM Hydrogen 4 fuel cell-powered car at a presentation by Opel and GM on November 26, 2008 in Berlin, Germany Sean Gallup/Getty Images

The logo of U.S. carmaker General Motors, or GM, is visible on the front grille of a GM Hydrogen 4 fuel cell-powered car at a presentation by Opel and GM on November 26, 2008 in Berlin, Germany Sean Gallup/Getty Images
Listen Now

The race to grab a giant slice of the self-driving car market got a little more heated when Honda announced it will invest $750 million in General Motors’ autonomous car unit, with an additional $2 billion coming over the next 12 years.

That’s a good chunk of money flowing to a set of products a long way from hitting the market. “This is a really expensive venture,” said Michelle Krebs, auto industry analyst at AutoTrader. “We don’t know when they’ll be ubiquitous and profitable.”

GM’s self-driving car unit, Cruise, has been working on driverless taxi and delivery services. The partnership is meant to look more Silicon Valley than Detroit, said Krebs, and that brings in more funding. Other companies have been following suit.

“It seems like you wake up in the morning and there’s yet another announcement of a collaboration for something, with someone,” said Maryann Keller, an independent auto industry analyst.

Toyota’s working with Uber on autonomous cars. Chrysler has partnered with Waymo. Keller said automakers need partners to both invest in the future and manufacture cars in the present. “They cannot forsake continuing investment in their current business models,” she said.

Honda’s partnership with GM could give both companies a competitive edge, said Stephanie Brinley, an analyst with IHS Markit in Detroit. “General Motors is one of the lead players in the space,” she said.  That’s partly because GM made a smart move by acquiring Cruise. Even before Honda’s investment, GM attracted billions in venture capital for autonomous cars.

What does Honda bring to the table? Expertise in engineering, said Brinley. “They have a terrific ability in terms of packaging and finding space inside a vehicle.”

The head of GM’s self-driving car unit said in a blog post it would be nice if its driverless cars had things like giant TVs and minibars.

Those would certainly require a lot of space.