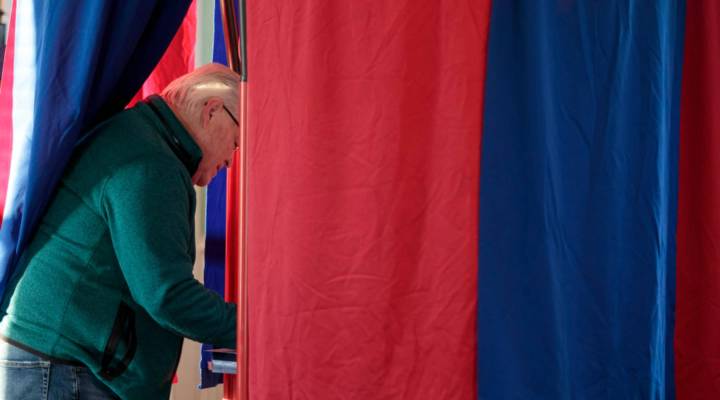 Amanda Dabrowski visited the Health Partnership Clinic in Olathe, Kansas, at the end of November, to get help signing up for Medicaid.

The 38-year-old has had a tough year – her husband died, she’s disabled from a work injury, so she doesn’t have a job, and she’s caring for her seven-year-old daughter. She’d been on Medicaid during the last year, but now she was told she didn’t qualify for it.

“I make too much for Medicaid, but I don’t make enough to get some assistance on the Marketplace, on Obamacare?” she said. “I don’t understand how that happens.”

Dabrowski was told that the combined income from her and her daughter’s Social Security placed her above the Medicaid eligibility limits. But her income was also below the limit for subsidies under the Affordable Care Act. She was in what’s called the coverage gap, – the more than 2 million low-income adults in the U.S. who fall into the gap that comes from states that have not expanded Medicaid.

“I won’t say what I really feel about it, because I’m still pretty angry,” Dabrowski said. She was told that if Kansas had a Medicaid expansion program, she’d probably get coverage.

One of the big winners in November’s midterm election was public health insurance coverage – specifically expansion of Medicaid under the Affordable Care Act. Three conservative states – Idaho, Nebraska and Utah – passed ballot measures expanding their programs. Two other states, including Kansas, elected governors who have said they will push for it.

Despite Republican resistance during the past decade, Medicaid expansion could be passed in Kansas next year thanks to a new governor. Democrat Laura Kelly even mentioned it during her victory speech on Election Night.

“It’s long past time to expand Medicaid!” she said to cheers from the crowd.

“We’ve seen in our polling that the public is much more aware now of the importance of Medicaid,” said Diane Rowland, the top Medicaid expert at the Kaiser Family Foundation, a health policy research group. “More in the public have a connection to someone who has benefited from the Medicaid coverage.” So far, 37 states including the District of Columbia have adopted Medicaid expansion.

Montana has expanded Medicaid, but voters there rejected a ballot initiative in November that would have provided future funding to cover the state’s share of the costs. Fourteen states don’t have expansion programs.

Kelly won’t have an easy sell on the issue after she’s sworn in in January. Dan Hawkins, a Republican representative from Wichita, who won the House majority leader position on Dec. 3,  is fighting it. He wonders how states that passed the expansion are going to pay for it.

“It doesn’t stop hospitals from closing. It doesn’t even solve the problem,” he said. “Actually, it makes the problems worse because now you just throw a whole lot more people in the system that nobody wants anyway.”

Kelly countered that Medicaid expansion will create thousands of jobs and protect rural hospitals. She pointed to Louisiana, where Gov. John Bel Edwards recently announced that the state saved more than $300 million while gaining 19,000 jobs. Kelly said she believes she can work within the state budget for fund the expansion, while protecting rural hospitals and creating 4,000-5,000 new jobs.

As of now, Amanda Dabrowski doesn’t have any health insurance. She had to quit her job at a Walmart distribution center before her husband died because she injured her back and she couldn’t work. She worries about how she’ll pay for the spinal injections and other medications she takes for the pain. She found out she didn’t qualify for Medicaid in late November, just days after the anniversary of her husband’s death.

“And then to be told ‘Guess what? After Friday you have no insurance.’ It was awful,” she said. “I just feel so defeated. I feel completely defeated.”

Correction (Dec. 11, 2018): An earlier version of this story incorrectly reported the effect of a vote on Montana’s Medicaid expansion measure in November. Montana voters rejected a plan that would have funded the state’s share in the future. 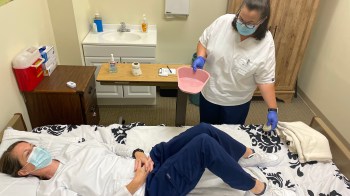