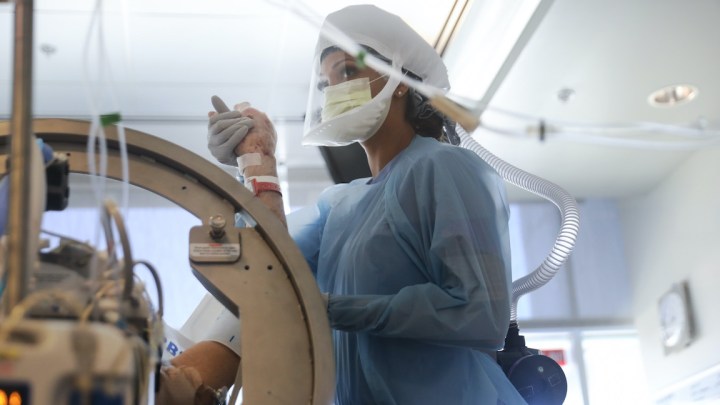 A report came out Thursday from the Commonwealth Fund and George Washington University that says if the 14 states that still have not expanded Medicaid did so, more than a million new jobs could be created in 2022.

The latest COVID relief bill, signed in March, offered those holdout states extra incentives to expand Medicaid, which provides health coverage to low-income people. Twelve states have not decided to expand Medicaid, and Oklahoma and Missouri have adopted expansion plans but not implemented them yet. How exactly does expanding Medicaid add jobs in a state?

Let’s use Michigan, which expanded Medicaid in 2014, as a case study. University of Michigan economists were watching closely. They say the Medicaid expansion led to the creation of more than 30,000 jobs in the state.

University of Michigan health economist Helen Levy said more than a third of the jobs were in health care. But others were in retail and construction. “Not all the spending stays in health care. Some of it spills over.”

Levy suggested looking at the University of Michigan Hospital as an example. It would need to hire more workers to help with new patients from the Medicaid expansion. And those workers would go out and spend money, say, at Angelo’s, a sandwich shop next to the hospital. “More people are going to be making more money, and they’re going to stop at Angelo’s for lunch,” she said.

Levy’s predictions are based on economic models that not everyone agrees with. Charles Blahous is a senior research strategist at George Mason University. He said sure, Medicaid expansion would create health care jobs. “We would expect that to happen, right? I would say the second question of whether it leads to an increase in jobs in general is unknown.”

Leighton Ku, a co-author of the Commonwealth-GWU study, said that although these job-creation models are not an exact science, they do paint an accurate picture of the jobs impact of Medicaid expansion.

He added that “it provides these states a shot in the arm, at a point when they’re trying to recover from the COVID pandemic.”

In fact, Ku said, if the holdout states did expand Medicaid, they would receive a total of $49 billion from the federal government in 2022.