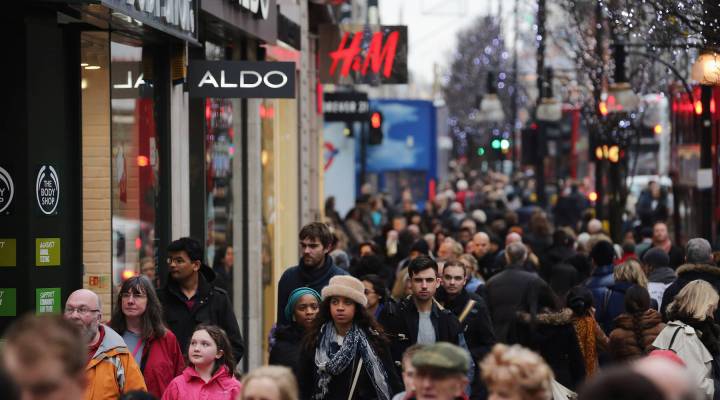 Businesses are becoming increasingly reliant on online reviews and ratings. But companies are rating customers too — in the form of “customer lifetime value” (CLV) scores. We just don’t know what ours are.

How long you wait for customer service on the phone or whether you are offered a seat upgrade by an airline might be determined by your past behavior as a customer.

To Peter Fader, professor of marketing at the University of Pennsylvania, it makes complete sense to give “VIP treatment” to the customers that add value to the company. He recently co-authored a book with Sarah Toms, executive director of Wharton Interactive, called “The Customer Centricity Playbook.”

He joined host Sabri Ben-Achour to discuss how companies determine these scores and how they use them to treat customers. Below is an edited transcript of their conversation.

So what is a customer lifetime value, or CLV, score that apparently everyone has?

It’s a projection of the financial value of a given customer trying to estimate how many purchases they’ll make, over what horizon, and how valuable those purchases will be. So here’s a number that represents our best guess of all of your future value.

It’s actually easier than you think. It’s not really a matter of witchcraft. We look at your purchasing history. So how many purchases have you made? When did the last one occur? How much have you spent when you did? And then we project it forward. The basic algorithms, the ideas have been around for a long time. The hard part’s been getting commercial believability and acceptance.

Well, so how then is that score used? It it to determine how many coupons we get?

A wide variety of use cases. So in many cases, it will be something like which e-mail we’re going to send to which customer at which time. In other cases, it’s going to be a little bit more elaborate, like what kinds of customers should we be acquiring and how much should we spend to get them. And ultimately, one of the things I’ve been spending a lot of time on recently is the idea of customer-based corporate valuation. That if we can project how many customers you’re going to acquire and how valuable they’ll be, that’s actually going to be a really good estimate of the overall value of the enterprise.

I’ve also read that these kinds of scores could be used to determine how prompt a response we get when we complain about something.

There’s no doubt about it. That might be one of the most effective use cases. I want to be careful about it — we don’t want to penalize people for being bad customers. But we should have no problem with rewarding the good ones, giving them a special 1-800-number to dial into or just better trained people to respond to their requests or complaints. That’s actually quite common, and I think a really effective use case.

So literally, if I call up my cell phone company, my number will come up and the company can be like, “Oh, he’s a complainer. Send him to Judy”?

Well, like I said before, it’s less about penalizing customers and more about rewarding customers. At least that’s my view on it. There needs to be kind of baseline standards about how everyone gets treated. I am never in favor of firing customers because they haven’t been good enough. But I think we’ll all acknowledge that there are some who really deserve the VIP treatment. It’s going to happen kind of naturally. This is just a way of quantifying it and making it a little bit more accountable.

I wish it were transparent. I think of the analogy to FICO scores. In the old days, that was kind of secret. You have this secret credit score — why you’re getting the credit card and your neighbor isn’t. And now everyone knows their FICO score. See, there’s no reason why this can’t go the same way. I think what we need is for acceptance over the concept and the way it’s applied. But also, we need to have some standards about how it’s measured and communicated, and we’re making progress in that direction. And I’ve had some conversations with companies who do want people to know where they stand and why they’re getting different treatment than other customers.

And how is this valuable to a company? I mean, how are they going to make or save money based on knowing how good of a customer we are?

Well, the three major use cases would be acquisition, retention, and development. So it’s going to give us a better idea of who are the kinds of customers we should be going after. For a lot of companies, it’s let’s bring in as many customers as we can, as cheaply as possible. And we’re saying, “No, no, no, no, no. Why don’t you go fishing in better waters? It might be a little bit more expensive, but those customers will be so much more valuable.” And then likewise for customer retention: if your valuable customer is at risk of leaving, you might get special white-glove treatment than a less valuable customer might not get.

It is Black Friday today. Should customers, I don’t know, watch out for how many things they return, or treat the store clerks well?

I think it actually goes the other way. Black Friday tends to be a really bad case study of lifetime value in action. Because to be honest, most of those customers who are lining up outside the door for hours before it opens — they tend not to be very good customers. Now, I want to be careful about stereotyping, but they tend not to be very good. They probably haven’t been to the store since last Black Friday and they’re not coming back until next year. So these aren’t super valuable customers, and they probably don’t deserve all the overtime and all the extra special activity that’s going on inside the store. Instead, I think a lot of retailers should have special hours just for the really good customers instead of using as a reward for the lowest-value ones.