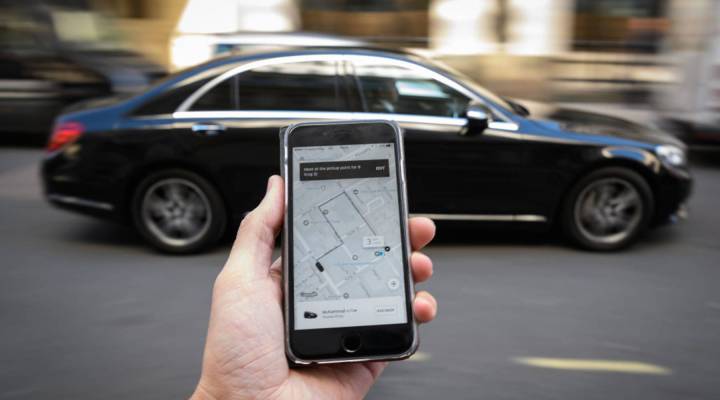 Uber could be worth $120 billion based on proposals from Wall Street banks for an initial public offering.

Goldman Sachs and Morgan Stanley gave these valuations to the ride-sharing giant last month, according to a new report from the Wall Street Journal. This amount is a nearly $50 billion jump from the $72 billion the company had been valued at earlier this year.

So how exactly do companies like Uber get valued?

“With great difficulty,” according to Jay Ritter, a finance professor at the University of Florida.

He said with traditional companies like a restaurant chain, revenue and profits are “fairly forecastable.” Contrast that with big tech companies like Uber, where there are uncertainties about their future. The company has been focused on growth, rather than on short-term profitability, Ritter said.

There’s no set formula and the valuation is a function of expected strategy, not current revenue or assets, noted Lyda Bigelow, an associate professor at the University of Utah. She added that Uber isn’t asset-heavy since it doesn’t own the cars and the drivers aren’t considered employees (they’re categorized as independent contractors).

“And a major reason for that is Uber and in China, Didi [Chuxing] are in what are likely to be winner-take-all markets, where ride-sharing or on-demand transportation services around the world are focusing on market share rather than short-term profitability,” Ritter said.

Despite Uber’s dominance on the road, the tech giant has yet to turn a profit. It managed to narrow its losses in the second quarter this year to $891 million compared to $1.1 billion from a year earlier.

The rise of self-driving vehicles also plays a role in Uber’s valuation.

To hear Emma Jacobs’ reporting on IPOs, click the audio player above.