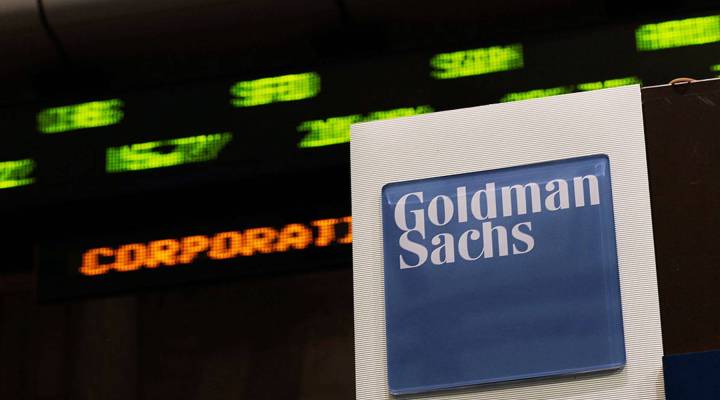 COPY
Goldman Sachs is one bank that has had to settle an agreement over mortgage-back securities.  Chris Hondros/Getty Images

Goldman Sachs is one bank that has had to settle an agreement over mortgage-back securities.  Chris Hondros/Getty Images
Listen Now

Goldman Sachs agreed to a $5 billion settlement with the Justice Department on Monday, following similar agreements over the sale of mortgage-back securities in recent years with Citigroup, JP Morgan Chase, and Bank of America.

Generally, a portion of the agreed-to sum is a straight-forward fine or penalty. A second pool of funds may be designated for consumer relief, often described as “up to” a certain amount of money. That’s because settlements may lay out different ways the bank can offer this consumer relief, with different activities worth different credits.

“You cannot take the announced figure as a particularly reliable measure of the actual relief that will be delivered on the ground,” said Katherine Porter, a law professor at the University of California Irvine. She was also an independent monitor for the state of California in a nationwide $25 billion mortgage settlement from 2012 – 2014. “It might be, if [banks] forgive one dollar of a second mortgage, [they] get one dollar of credit,” she said. “That’s what people expect.”

However, the settlement might allocate more credit for certain types of relief or for getting the money out the door fast. Other relief could be worth less credit.

“The idea is, while preserving flexibility, to incentivize the kind of help that we think would be useful on the ground,” said Porter.

She says the Goldman settlement uses these incentives to encourage building affordable housing – a program she’s not aware of in previous settlements.

But Dennis Kelleher, president of the nonprofit Better Markets, thinks this credit system is about inflating that headline settlement number. “It’s a process designed to come up with a big looking number so the Department of Justice can pretend to be tough on Wall Street and Wall Street can pretend it had to pay a big amount,” he said, adding the credit system, combined with tax deductions, means the banks will actually pay substantially less that it may initial appear.