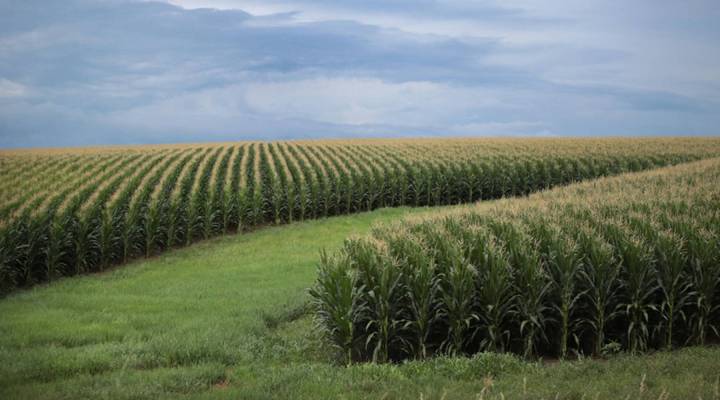 Farmers in Iowa are caught in the crossfire of the trade war. China and Canada were once two of the best customers of the state, a large exporter of soybeans, corn, eggs and pork. But, with retaliatory tariffs from the Chinese on pork and soybeans, farmers are having a hard time financing next year’s harvest. And with no Canadian trade deal in sight, competition with Mexico could be tough. Marketplace host Kai Ryssdal spoke with Iowa Agriculture Secretary Mike Naig about the toughest challenges facing Iowan farmers. The following an edited transcript of their conversation.

Kai Ryssdal: So we had you on five-ish or so months ago, just as this whole tariff thing was getting going. What’s the lay of the land right now in Iowa? How are you feeling?

Mike Naig: Things have continued to progress here. Unfortunately, we’ve not seen resolution to those things that we were concerned about five, six months ago. China and [the North American Free Trade Agreement] continue to be top-of-mind issues for our producers overall, really, looking at the challenge of profitability in agriculture for our farmers today.

Ryssdal: So if I’m a banker in Iowa and some farmer comes in and says, “Hey, I’ve got this really great idea to plant a bunch of soybeans.” And the banker looks at the headlines and says, “Really?”

Naig: Well, they’re certainly looking at the broad landscape. But that market absolutely does factor into their ability to secure financing. When you’ve got the cost of production that exceeds the value of the crop right now, that creates challenges that’s not sustainable for our producers.

Ryssdal: Talk to me about NAFTA for a second. We just heard this past Friday from Kevin Hassett, the chairman of the Council of Economic Advisers, that the White House is near a deal with Mexico. Forget Canada, but Mexico, on that NAFTA thing. Talk to me about that.

Ryssdal: I’m sure you saw the ad in the Des Moines Register this past weekend from China Daily. Basically, the Chinese government flat out blaming President Trump for the current situation that the Iowa farmers and folks find themselves in. Your thoughts on that?

Naig: The markets are definitely being impacted by the Chinese retaliatory tariffs. And I think a lot of folks that I visit with across the state are no fans of tariffs. But let’s be really clear about something here, and that’s that we had trade disruptions and trade barriers with China prior to this series of events. This is a market that we should be playing in in a bigger way and have been blocked because of a variety of things. So we think there’s a huge upside here for us to be a great supplier to the Chinese in the long run. But we’ve got to get some of these things right with intellectual property and regulatory programs that work. So we need to see some action.

Ryssdal: Action from whom, sir? On what specific issues?

Naig: Well, we need to get the Chinese to the negotiating table. The administration needs to negotiate with some urgency. Again, get NAFTA done but also start playing offense again on trade. Countries that were involved in the TPP for instance, Japan and others, those are important markets for us as well.

Ryssdal: Let’s remember that’s the Trans-Pacific Partnership that the White House pulled us out of.

Naig: That’s right. We need to re-engage whether with the TPP directly or with bilateral agreements with those countries. Again, important markets for us. So let’s play offense on trade as well.