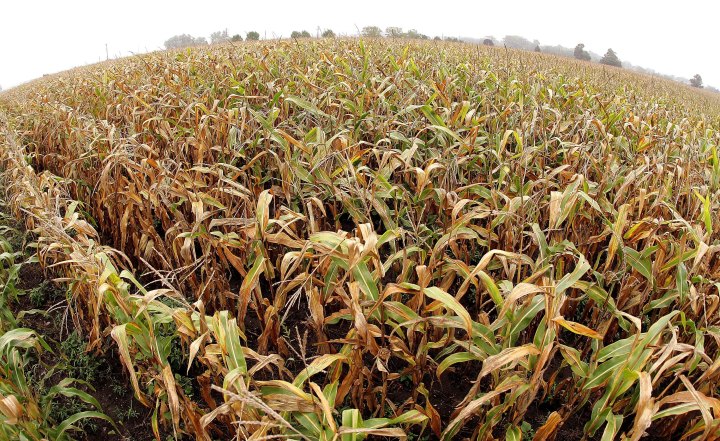 Corn futures jumped to a seven-year high Monday, and soybean futures have been climbing recently too. “Marketplace” host Kai Ryssdal spoke with April Hemmes, a corn and soybean farmer in Iowa, about what that means for her and how planting season is going. The following is an edited transcript of their conversation.

Kai Ryssdal: How are things on the farm, as it were?

April Hemmes: Well, things on the farm, corn planting is progressing great. But as usual, we had snow and sleet and rain yesterday and 40 degree temperatures, and today, it’s supposed to be 80 degrees. So welcome to springtime in Iowa.

Ryssdal: I read in the notes that I have for this conversation that you just sold a bunch of corn and soybeans for, like, really good prices. Is that true? And how did that come to pass?

Hemmes: Well, not a whole bunch. I’m trickling it out because corn was up the limit again today. So I did not sell a lot. I still had some to sell as of last fall, where a lot of guys don’t. So therein lies the problem of there’s not a lot out there. But the reality is these markets are double what we could sell, I mean, not even a year ago, months ago. It’s crazy.

Ryssdal: How come? What’s going on?

Hemmes: Well, I tell you what we have, I mean, I could give you a list of all of the things that’s going on, but we don’t have enough and everybody wants it. Exports are way up. The Brazil crop, their weather’s crappy in Brazil, which I always personally like. And like I always say, there’s not just one black swan in this, there’s a whole flock. But for agriculture, they seem to be laying golden eggs for us right now. But all that means is our inputs are going to go up next year.

Ryssdal: Wait, how come your inputs are gonna go up for next year?

Hemmes: Because they can. Supply and demand, that’s what I always say. And then there’s China, of course.

Ryssdal: So let’s talk about China for a second because you said exports were up and I got to wondering how you’re thinking about global trade. We’ve talked about that a couple of times and getting through this pandemic. I mean, what are you thinking? What are you feeling?

Hemmes: Well, I tell you what, China has just increased their buying dramatically. They’re almost up to where they were pre-trade war. And as far as the phase one, speaking as April Hemmes, farmer, and a lot of other farmers, we’re really kind of surprised this administration just kind of left it alone.

Ryssdal: Yeah, so phase one is that part of the trade deal that the Trump administration said, look, the Chinese are gonna buy a huge bunch of stuff. They actually haven’t. And, you know, I talked to the USTR, the trade representative, the other day, Ambassador Tai. She said, yeah, we’re comfortable keeping the tariffs on China and keeping things where they are, so that China knows we’re serious. I get the feeling, though, that you’re not wild about what the administration is doing.

Hemmes: Well, I’m just surprised. I thought they would come in and do away with everything that was done by the past administration. But we all know, we need to get tough on China. And really, ag has reached, I think it’s almost 80% of what they said they were going to buy in phase one. So agriculture is not doing too bad. But I mean, a lot of people don’t know the tariffs are still on. You know, that’s never good for agriculture.

Ryssdal: You could come host this program. I say that all the time — the trade war is still on. Last thing, April, and then I’ll let you go and get back to work running the farm. But when are you going to know how the crop is this year? I mean, how long between planting and you saying it’s gonna be a good year or a bad year?

Hemmes: Oh, that’s a good question. So I’m sitting right now, we’re planting in dry dust. I mean, we have had no rain for a long time, and that’s not good. So when will we know? Oh boy, probably June, July, we’ll have a good handle on it. And if I’m driving a Rolls-Royce because I sold the rest of my crop, I’ll let you know.