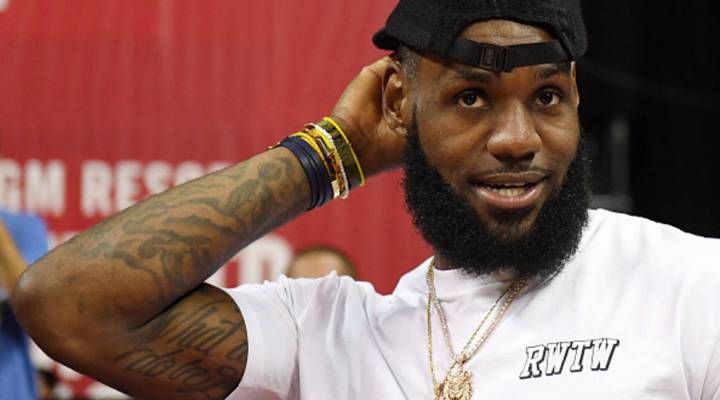 COPY
LeBron James of the Los Angeles Lakers attends a quarterfinal game of the 2018 NBA Summer League between the Lakers and the Detroit Pistons at the Thomas & Mack Center on July 15, 2018 in Las Vegas, Nevada.  Ethan Miller/Getty Images

LeBron James of the Los Angeles Lakers attends a quarterfinal game of the 2018 NBA Summer League between the Lakers and the Detroit Pistons at the Thomas & Mack Center on July 15, 2018 in Las Vegas, Nevada.  Ethan Miller/Getty Images
Listen Now

LeBron James has announced he’s leaving his hometown Cleveland Cavaliers for the second time, heading west to join the 16-time national champion Los Angeles Lakers. After his first departure in 2010 for Miami, Cleveland restaurant owners noticed a slump in business as fewer people came out for games at the Quicken Loans Arena, but business has rebounded in the last four years, with strong turnout by patrons for games. Now, some Clevelanders are worried the city will take another hit even though tourism officials believe James is leaving a stronger city the second time around.