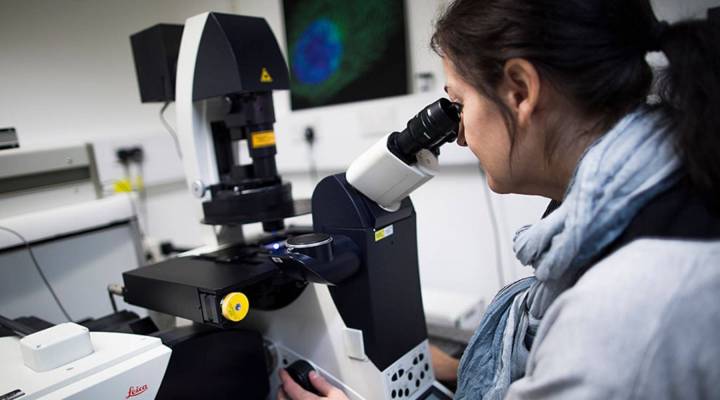 In 2014, Shaughnessy Naughton was a chemist who was ready to transmute herself into something new: a politician. She was going for a Pennsylvania congressional seat, because, she says, “I was really frustrated with the anti-science rhetoric I was hearing out of so many politicians.”

Naughton did not win that race. Nor another try in 2016. But she learned a lot about campaigning. And she realized she could accomplish more for science by helping others like her run. She founded 314 Action, a political action committee aimed at getting more scientists into office. That’s not standard protocol.

“Traditionally, the thought has been among many in the scientific community that science is above politics, and therefore scientists shouldn’t be involved in politics. And, you know, my response to that is ‘How’s that working for you?'” Naughton says.

Federal funding for science has been waning for years. But the election of Donald Trump prompted a major backlash because of fears he’d downplay scientific conclusions in his policies. And his picks to lead the Environmental Protection Agency and the Department of the Interior have been especially troubling to scientists. Those fears have inspired hundreds of scientists nationwide to run in the midterm elections. That’s a record number, according to the Huffington Post.

Last year, 314 Action’s membership increased by an order of magnitude — that means times 10. Overall, 7,000 people with science, technology, engineering and math backgrounds have reached out saying they’re interested in running for everything from school board to Congress.

Scientists and other STEM professionals at a 314 Action candidate training session in Washington, D.C.

But deciding to run doesn’t mean being a contender. 314 Action, (3, 1, 4 are the first three digits of pi) has conducted a series of web trainings. They get detailed — a lot of it gets into facts and formulas. That stuff is usually easy for scientists to digest, but not so much for general audiences.

So they’ve hired Chris Jahnke, a public speaking coach to lead some of the training sessions. She said scientists have to get past some of their quantitative inclinations in order to connect with voters.

“Their first impulse is not to tell a story,” she said. “They would rather start with a stat. So what we worked on in the training is how to do both, because of course you need balance.”

If they do manage to make that turn, they’ll have a lot going for them. Erika Check Hayden directs the science communication program at University of California, Santa Cruz, and she said candidates with a science background have a lot of credibility.

“If you’re a scientist and you’re coming from outside the political mainstream, that might actually give you a leg up. Way more Americans trust medical scientists or scientists broadly than trust elected officials.”

Basically if the job is focused on draining swamps, you might pick someone who can calculate the logistics.