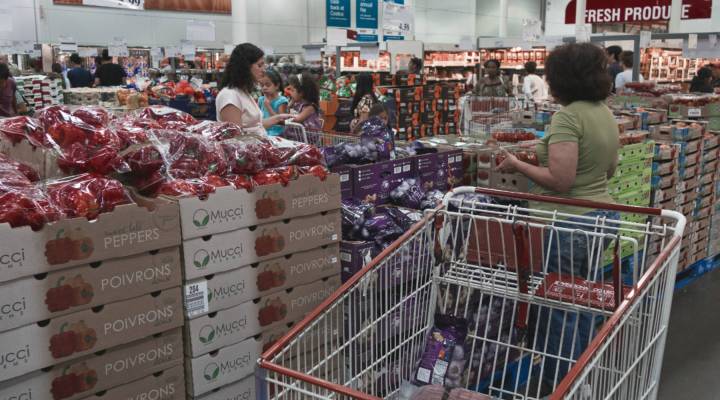 COPY
About 75 percent of Costco's operating income is from its membership fees. PAUL J. RICHARDS/AFP/Getty Images

Costco, which sells a lot of groceries, isn’t immune. But it’s got a not-so-secret weapon: its membership fee, which starts at $55 a year.

According to Naughton, in the U.S. and Canada, Costco’s membership renewal rates are north of 90 percent.

“I consider that to be a very good number,” he said.

Timothy Campbell, an analyst at Kantar Retail, said Costco’s low prices had previously inoculated it against competition from Amazon. But now a growing share of Costco members are becoming Prime members.

“So I think the question for Costco becomes, when is one membership enough?”Campbell said. “When do they need an Amazon Prime membership or a Costco membership, but not both?”