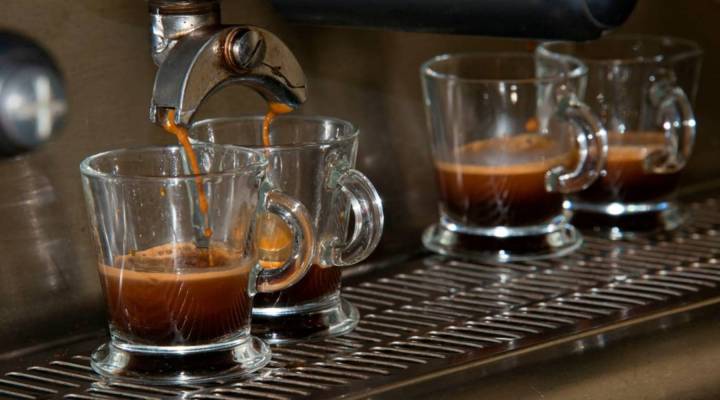 COPY
"But no, I never thought I'd be here," said Charlene Long, a barista who was formerly homeless. "And here I am, knowing how to make cortados, espressos, macchiatos. I didn't even know what a macchiato was last year. You know, it's crazy."  HELENE VALENZUELA/AFP/Getty Images
My Economy

"But no, I never thought I'd be here," said Charlene Long, a barista who was formerly homeless. "And here I am, knowing how to make cortados, espressos, macchiatos. I didn't even know what a macchiato was last year. You know, it's crazy."  HELENE VALENZUELA/AFP/Getty Images
Listen Now

At the end of May, the Los Angeles Homeless Services conducted their 2018 count and found that the overall number of homeless people in LA county was down about 3 percent from last year, to 53,195. One reason for the decrease was that about 16,500 people were placed in housing in 2017.

Today, for our latest installment of My Economy, where we look at the personal money stories behind the headlines, we hear from Charlene Long in Los Angeles who was homeless only a year ago.

My name is Charlene Long and I’m a barista at Rosebud Coffee. I started two weeks after they opened, and how I heard about Rosebud was through a transitional housing program.

At the time I was living out of my car. Thank God I had my car. And I was working out at Panda Express. I wasn’t really making much. I was homeless and I still needed money for gas and so [I’d] panhandle and I would beg and I would cry to these people, “Oh, hey, I need gas. I know I have a job but I don’t get paid until this.” And you know everything was just all out of whack.

To be honest for whatever reason I always had money, you know. And it’s like, how can a homeless person have money? But I still had a job. I still had a job at the time. Although I was in-between, I was picking up hours here, working there. And when I get paid I will get, like, $250, maybe $300, and I’ll just like put it under my mat and my car. I like what I do, like you know, satisfying the people and the customers. But no, I never thought I’d be here, and here I am, knowing how to make cortados, espressos, macchiatos. I didn’t even know what a macchiato was last year. You know, it’s crazy.

I’m renting a room in L.A. and it’s, you know, I have my own bathroom, my own backyard where I just go, and I have my dog, so I’m thankful. Sometimes I step out for a quick little cigarette and I’ll be like, wow, like I never, never thought that I’d be in my own backyard right now. You know, it’s like a year ago I was homeless. And my birthday passed this year, and I thought about that, and it’s just like, wow, I came so far compared to where I was last year, and it was just last year, it wasn’t that far away, you know?