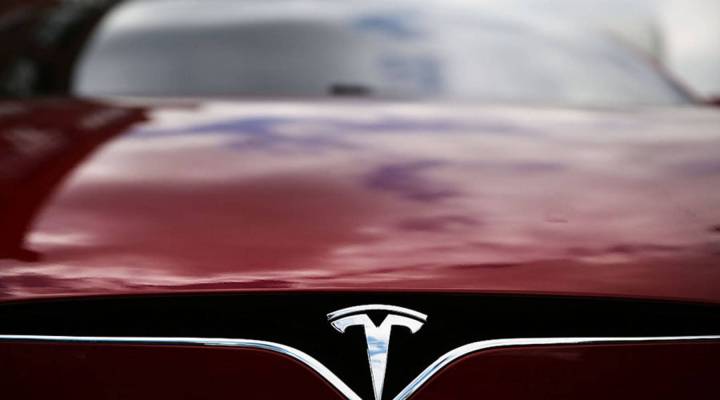 Earlier this week, Tesla CEO Elon Musk announced that the electric car company would lay off about 3,000 people and work much harder to become profitable. On Wednesday, perhaps in a show of confidence to investors, Musk bought about $25 million worth of Tesla stock. The past few months have been tough for the company. There have been crashes involving Tesla’s semi-autonomous mode, battles with investors and attacks on the media over negative coverage. But at the end of the day, Tesla has one thing it needs to accomplish: Make the Model 3 a success. And that is still proving harder than it should be. Maryann Keller, a consultant and independent auto analyst, spoke with Marketplace Tech host Molly Wood about what’s so hard about manufacturing this car. The following is an edited transcript of their conversation.

Maryann Keller: Well, in theory there shouldn’t be anything hard about making it. It has significantly fewer parts than a car with an internal-combustion engine. It’s meant to be a mass-market car, produced and sold at a mass-market price. Now what that does require, however, is perfection in the engineering and development phases of the car so that nothing goes wrong, because there’s very little room for error, especially on the cost side. And there’s certainly been enough reporting about the various delays in the cars, which have been acknowledged by management.

Keller: Well, I think that Elon Musk wanted to create a very different kind of car company, and I think therefore he did not look to necessarily the way Detroit or Germany or Japan would engineer and go through the various phases of development in the vehicle. Had he done that, he wouldn’t be having these problems. Looks like the early stages of production were basically the final stages of engineering.

Keller: I think he’s just thrown more people at it. That was necessary, but certainly not the way to address the problem.

Wood: So then what do you do?

Keller: He has taken it upon himself, for example, to build a lot more of the car, the components of the car, himself, the seats being one item in a car that no manufacturer, no automaker, builds themselves. There are specialty seat companies that are incredibly talented and expert at doing exactly that. And yet Tesla does this themselves.

Wood: So you can’t really have a mass-market car that is also essentially bespoke?

Keller: That’s right. All of this is correctable. There’s no doubt in my mind that at some point there won’t be problems with body panels. They will learn how to make the batteries successfully, but it may continue to take more people than it does to build a traditional car.

Wood: But you don’t think investors are going to run out of patience?

Keller: Perhaps they have run out of patience a bit because [Musk] never spoke really about achieving profitability before. And so, that in and of itself is an admission that he’s past the sort of “patience” stage. It’s just sort of the real world, I think, coming in and saying, “This is now what you have to demonstrate.”

Wood: If he had really cracked that nut on manufacturing, how to make this car simpler, how to make it cheaper, how to do this kind of bespoke process that was actually fast and inexpensive, would it have created a new model for the auto industry?

Keller: For that kind of car. Not necessarily a new model for the auto industry for a traditionally built car. The auto industry is very, very, very efficient when it comes to taking 5,000 parts and putting them together and essentially having identical quality and identical precision in this highly choreographed assembly process. And so precision and getting everything right before you launch is essential, and I think that that’s where one of [Musk’s] biggest failings came.