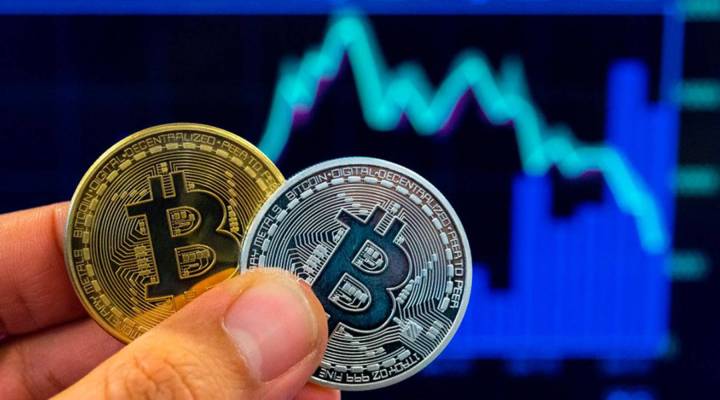 Bitcoin’s wildly fluctuating price may not be the result of free market forces. The Department of Justice has reportedly opened an investigation into whether traders are manipulating the price of bitcoin and other digital currencies. And that’s caused some market watchers to say that’s been clear all along. Peter Tchir, a market strategist at the investment bank Academy Securities, is one of those people. He talked with Marketplace Tech host Molly Wood about his piece for Forbes titled “I Would Be Shocked If Bitcoin Prices Weren’t Manipulated.” The following is an edited transcript of their conversation.

Peter Tchir: To me, there [are] three types of manipulation: One is where someone, through pricing, tries to put various prices on different exchanges or artificial prices to move the market price one way or the other. The other I think would be a more classic “pump and dump” type scheme, which was traditional on penny stocks, where people own a lot of a stock and then they talk it up trying to get new investors to come in in order to sell it to them at artificially high prices. And somewhere in between are when people own large stakes of it or take actions that may be to the detriment of other shareholders in an attempt to get a short-term price reaction. So I would view all those things as various types of manipulation.

Molly Wood: There seems to be this viewpoint, and this is what you essentially articulated in your column, which is it might not be against the law, but it’s a really good bet that these prices are being manipulated.

Tchir: Yes, I have something that I’ve called the “three rules of bitcoin,” but rule No. 2 has always been there are no rules. Which may be ironic, but I think we’re trying to highlight the point that this is not a regulated environment. You do not know people’s positions when they talk about it. There are relatively few very large holders of these cryptocurrencies. Most of the cryptocurrencies tend to have a small number of very large holders who are clearly very incentivized to keep the price up. So they may be trading in such a way to prop the price up. I think you have to be aware of it. It doesn’t mean that you can’t like bitcoin, that you can’t think it’s going higher, but I think you have to be aware of that.

Wood: All cryptocurrency generally as a class has very passionate defenders, and I feel like I can hear them saying, “You’re an investment banker. There’s every reason for you to say you don’t like bitcoin because you’re interested in protecting the status quo.”

Tchir: Yes, I could see that. On the other hand, I came from the credit derivatives background. I’ve always been in new product development. I would be very happy to bring to my institution, if we felt it was worthwhile, cryptocurrency. I come into this looking for opportunities for investors, and it’s through my digging in this that I’ve become uncomfortable, that I’m not yet at the point of believing that this is something that should be traded actively or that fits into a bank.

Wood: Is bitcoin a big enough part of the economy that wild price fluctuations or price manipulation could have other side effects or could have more far-reaching economic impact?

Tchir: I don’t think it’s big enough quite yet, but if you go back, there was a spike in credit card default rates earlier this year, and shortly after you saw a lot of the big banks stop allowing people to buy bitcoin or other cryptocurrencies on their credit cards. So yeah, I think there were actually people speculating with credit card money to buy bitcoin or other cryptocurrencies, and that’s, I think, very problematic for those individuals. I think it’s a very, very speculative asset class. It’s not a currency, despite being called that. We hear stories of students using their student loans to buy bitcoin. And it does hit stocks, if you look at stocks like Invidia, where the chips that they use have been a very big part of [cryptocurrency] miners. You’ve also seen energy stocks hit. So there are real-world implications. I think they’re still relatively minor, but it’s important to watch.