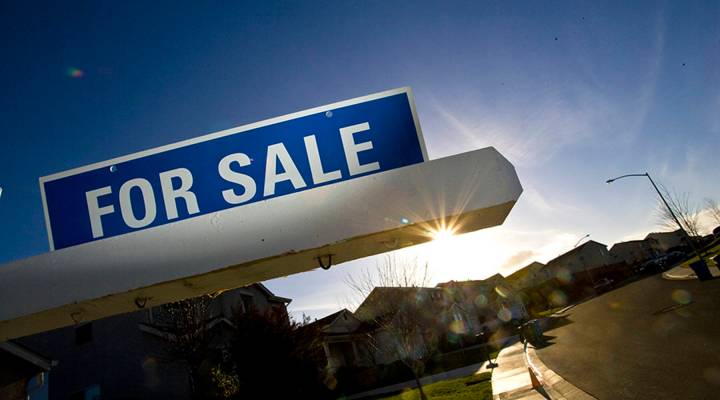 A for sale sign is seen on a single family home January 30, 2008 in Vallejo, California. Paul Morris/Getty Images

A for sale sign is seen on a single family home January 30, 2008 in Vallejo, California. Paul Morris/Getty Images

Rosanna Weaver and her husband Don applied for a home equity line of credit, or HELOC, in the early 2000s. They’d paid down a chunk of their mortgage and the value of their house had gone up. They had a decent amount of equity, and qualified easily for a big line of credit that could be tapped at any time.

On a tour of her house in the Washington, D.C. suburbs, Weaver pointed to the walls upstairs.

“This had been un-insulated,” she explained. It’s insulated now. The Weavers also used their HELOC to add a bathroom and re-do the kitchen, which hadn’t gotten much attention since the house was built in the 1930s.

“We created more shelf space and put in new counters and stuff,” she said.

The Weavers used about $20,000 from their credit line to make improvements to their house. But they could have spent it on a cruise or college tuition. There are no restrictions on how the money is used and it’s really easy to access.

“I just go to the computer and move money from there to here,” Weaver said. “It’s a little frightening how easy it is, actually.”

From the bank’s point of view – easy is the whole idea. According to data from Inside Mortgage Finance, banks made more than $200 billion worth of home equity loans last year — the highest level in nine years. Home equity loans reached a record high of $430 billion in 2006, before the financial crisis.

“Banks are well aware that people have value in their homes and will view them as prime candidates to borrow money,” said Annette Nellen, a taxation professor at San Jose State University. Interest rates on HELOCs are typically lower than other bank loans, because HELOCs are backed by your house. And you can borrow more as home prices rise.

These loans can be tempting, but borrowers aren’t always well aware of how easy it is to get into trouble with a HELOC. Interest rates can fluctuate a lot and if home values shift you may find you’ve borrowed more than your house is worth. Lots of homeowners got into trouble that way during the financial crisis. But HELOCs are harder to get now, because of tougher lending standards.

“You have to produce proof of income over a period of time like two years of tax returns or bank statements going two years,” said Guy Cecala, publisher and CEO of Inside Mortgage Finance. “You need a significant credit score.”

Plus, changes to the tax code have made HELOCs a bit less appealing, because interest can only be deducted on certain purchases. But Cecala said as the housing crisis moves further into the rearview mirror, and banks push to make more loans, it’s easy to forget HELOCs’ destructive history.