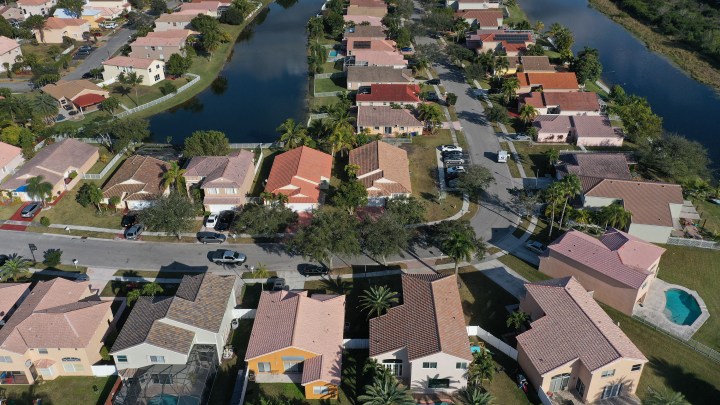 COPY
If interest rates creep up in the coming year, homeowners may turn from refinancing to HELOCs. Joe Raedle via Getty Images

If interest rates creep up in the coming year, homeowners may turn from refinancing to HELOCs. Joe Raedle via Getty Images
Listen Now

As of midyear, American homeowners had amassed $23.6 trillion in equity, according to the Federal Reserve. That’s the estimated value of their homes minus how much they owe on their mortgages.

To bring those numbers down to earth a bit, that’s an average gain of more than $51,000 per homeowner household, according to CoreLogic.

A common way to tap some of that equity used to be a home equity line of credit, or HELOC. It works sort of like a credit card, but typically with lower rates and your house as collateral. But while equity keeps growing, thanks to rising home prices, HELOC balances have been falling for most of the past decade.

“Bank regulation really tightened up after the financial crisis a dozen years ago,” Fratantoni said. “That’s led banks to be more cautious with respect to HELOCs, and credit criteria are tighter.”

Homeowners are more cautious, too, he said. “I think anyone who lived through the great financial crisis is just a little wary about drawing against home equity, with concerns that it might not hold up.”

Those concerns flared up at the start of the pandemic, when millions lost their jobs and no one could predict how the housing market would fare. Several big banks, including Citigroup, JPMorgan Chase and Wells Fargo, stopped offering HELOCs altogether. But even as the economy recovers and housing booms, those banks still aren’t accepting applications.

“My guess is that the demand for this product simply evaporated, given how low rates are,” said Laurie Goodman, co-director of the Urban Institute’s Housing Finance Policy Center.

With 30-year mortgage rates falling below 3% for much of the past year, it makes more sense for homeowners who want to tap their equity to do a cash-out refinance, she said. That’s when you take out a new, larger mortgage, pay off the old one and pocket the difference — usually at a fixed rate.

“By contrast, HELOCs are floating-rate instruments, so it is less attractive to take on a floating-rate loan at a higher rate than a generational low and a fixed rate,” Goodman said.

Cash-out refis are up 33% from a year ago, according to mortgage data firm Black Knight.

Interest rates are expected to rise in the coming year as the Fed responds to worrisome inflation, and that will make refinancing less attractive. People who want to keep the low fixed rate on their mortgages may look for other ways to tap their equity, some market watchers say, and lenders will be looking for other revenue streams.

Jeffrey Taylor is co-founder of Mphasis Digital Risk, which processes residential mortgages for large banks and other lenders. With mortgage rates having crept back above 3% in the past few months, Taylor said, he’s already seeing growing demand for HELOCs. And with the supply of homes to buy still so tight, he expects a lot of demand from people fixing up or expanding their current houses and staying put.

“For two of our customers, we’ve seen the volume triple in the last three months,” he said. “Other customers are planning to launch in 2022. There’s so much home equity available that everybody is going to be looking to lend in that space.”