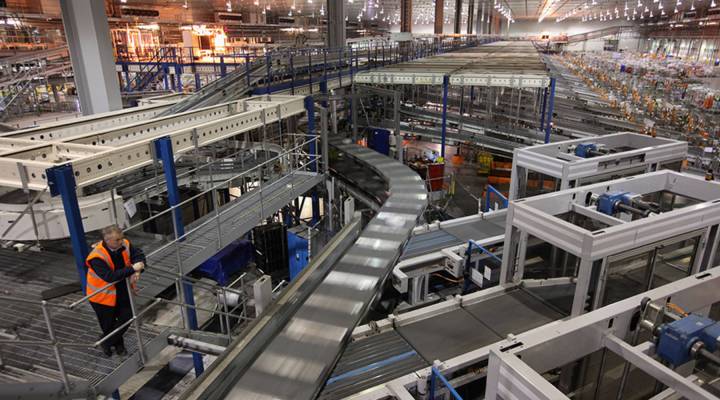 Robots are coming for all our jobs, right? It can be hard not to feel that way given the pace of automation. But if it really is inevitable, are we doing anything to prepare for it? Enter the Automation Readiness Index; a research project put together by The Economist and funded by Swiss robotics giant ABB. It’s a global list ranking the nations most prepared to smoothly integrate “intelligent automation into their economies.” Marketplace Tech Host Molly Wood spoke with Guido Jouret, ABB’s chief digital officer, about which countries came out on top and how the U.S. is faring. Below is an edited transcript.

Guido Jouret: So, the U.S. is at No. 9. And in some ways — a bit surprising. You might say, well boy, all these startups and all of this technology innovation that comes from the U.S. However, the U.S. itself is a little bit unusual in not having a specific program among the developed countries around either “Industry 4.0,” or A.I., or robotics or anything like that. The second thing that’s dragging the U.S. down is that in terms of educational policies, a lot of the U.S. educational system is geared towards getting people into higher education. And what’s missing is essentially what used to be called vocational training, or apprenticeship training, or the way that we get blue collar workers the right technical skills to be able to do the jobs that need doing in the future.

Molly Wood: Interesting. What are some other countries that don’t fare as well for similar reasons?

Jouret: Well you have countries like, for example, Colombia, Brazil, Argentina, even Russia and Turkey. These are sort of the middle of the pack and similarly a lot of their educational spending goes into universities as opposed to secondary school or some of the vocational training, and that often shows up in terms of the unemployment numbers for young people. In countries like Sweden for example, even though the cost of labor is very high, the unemployment among the young is extremely low. In fact, that’s also another interesting surprising result is that three of the countries with the highest adoption of robotics tend to also have the lowest rates of unemployment which is a little bit counterintuitive, but that’s what the numbers show.

Wood: That’s something I want to ask you about. It seems like there’s sort of two potential economic outcomes. One is that a country will automate faster than its workforce can keep up. And then it would have a tremendous impact in terms of lost jobs and displacement. But it feels like the other potential outcome is that a country could say, OK we’re not going to automate, we’re not going to encourage this technology, and then miss out on the economic advantages that come from what you’ve referred to as the “fourth industrial revolution.”

Jouret: Yes, and I think there’s another consideration as well, which is, although it doesn’t often make as much noise in the headlines, we actually need this automation. It’s not that this is being done to us in some sense, this is actually something which in some areas, some countries, some sectors there is an acute labor shortage. Agriculture in Japan for example; the average age of a farmer in Japan in 2017 was 67 years old.

Jouret: So, if they don’t do something to introduce either more people into farming, which they have been trying for decades, or to pursue more automation so that they can pick crops and grow food but do that in a more automated way, within the next couple of years they’re going to lose most of their farmers.

Wood: It is fair to say though, here, that you do have a stake in this. That there is a vested interest for ABB at some point.

Jouret: Sure. So, on the one hand, technological innovation is bound to occur. If we don’t provide it then I think clearly there will be others that will do it. One of the reasons why we are starting this discussion is also to foster debate on “are we ready?” Because this technology innovation will come, whether we at ABB continue  to be part of that or not. This is something that, in some sense, is a technological revolution that is bigger than any one of us.